Another day, another photo management service. There are lots of options online for uploading pictures, and each one tries to find a different way to gain its userbase. One new service is Everpix, which went into public beta only today. The service was a finalist on TechCrunch Disrupt, back in October.

In essence, Everpix is similar to Flickr and other online services, though it has a few differences. The system collates your photos from across social networks and other services, such as Facebook, Twitter, and Instagram. Once it has found and synced all your photographs to the cloud, Everpix automatically creates what it calls 'Moments'. While similar in concept to iPhoto's 'Events', 'Moments' are created automatically and can identify low-quality or otherwise poor images for you.

As with every new service on the internet, Everpix comes with its own issue: it is limited only to Mac OS X and iOS at present, though they claim Android and Windows applications are currently in the works. According to the questions asked at TechCrunch Disrupt, Everpix will work on a Freemium business model, though the limits of a free account are not currently known. 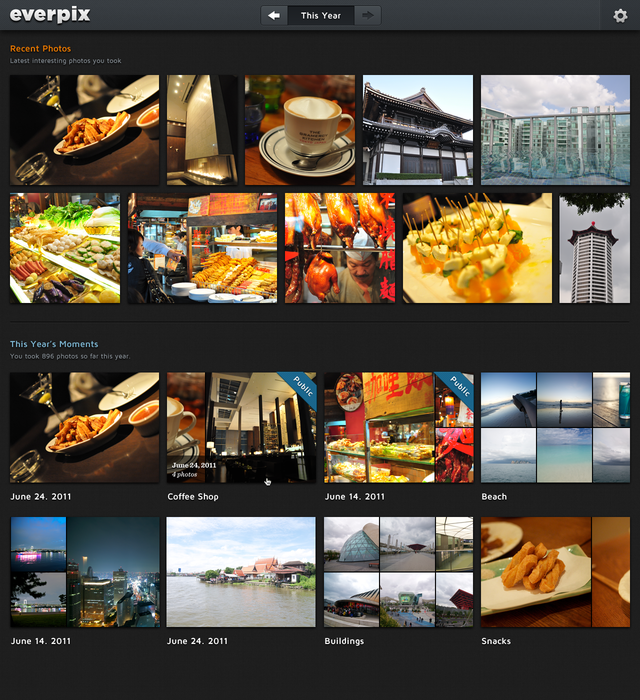 The design is definitely 'Apple-esque', though this was almost a certainty since two of the three main developers spent some time at the Cupertino based company. The beta for Everpix is public; sign up at their website in order to get into the service before it is fully prepared.