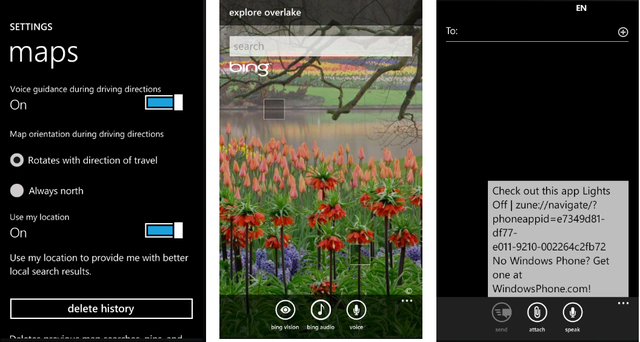 We're still a long way away from Mango's release -- rumored to be in September of this year -- but some new Windows Phone features have been uncovered that should get early adopters excited about the coming overhaul of the platform.

It was already rumored that turn-by-turn is coming to Windows Phone, but it's nice to see it confirmed for the near future. Bear in mind that these features have only just been announced, and that the Mango developer tools are due to land later this month. There are many more features to be announced over the coming months (we're expecting some sort of unified messaging inbox), so stay tuned for more as we hear it.