Dozens of antivirus programs exist, with varying prices and different levels of effectiveness. Comodo Antivirus offers total PC protection for free, not some stripped down version of a paid product. You can easily scan any drive or file, get in-depth reports on viral activity and detect suspicious files, with our user-friendly interface. 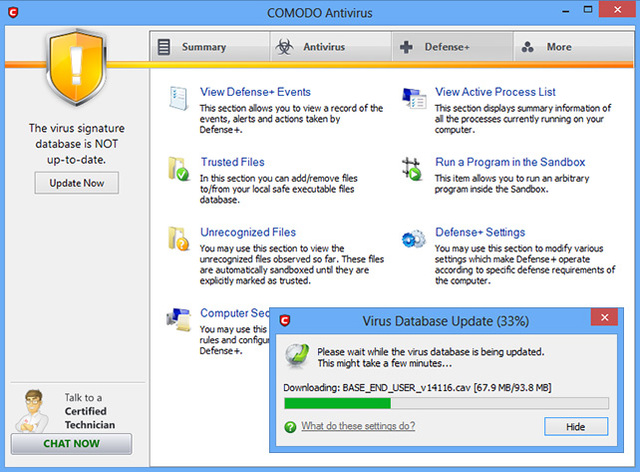 Comodo Antivirus has been built with intelligence: it recognizes typical viral behavior. Antivirus, upon detecting a suspicious file that could be a virus, will immediately place that file in "Antivirus Jail": the file is blocked, awaiting trial. If it's a viral invader, delete it. Comodo Antivirus also includes a mechanism for user to submit any files look suspicious to the Safe List and get immediate feedback on possibly viral files from Comodo security experts and other PC-users.