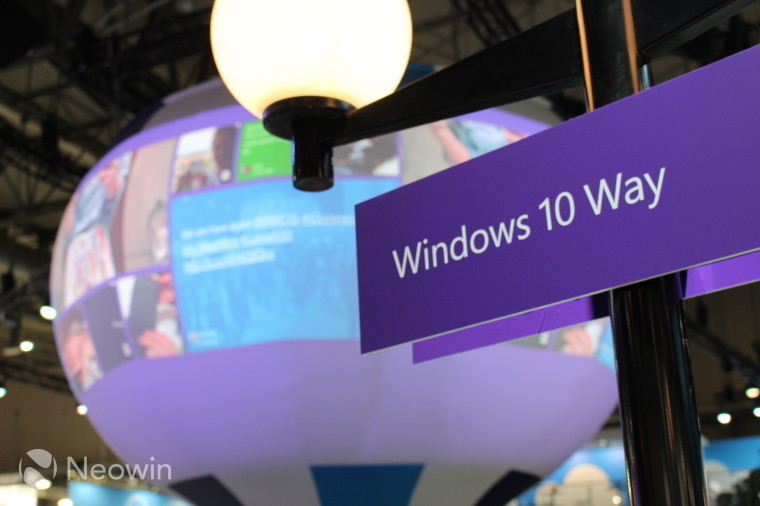 Windows 10 will be Microsoft’s last major version of Windows in the traditional sense, as Microsoft is completely abandoning its major release cycle. This operating system will continue to receive rolling updates and new features for many years to come.

Of course this isn’t exactly news, as the company has mentioned that this plan was uncovered long ago both by Neowin, and other reputable sources. However, speaking on stage at Ignite, one of the company’s representatives reiterated that in Microsoft’s view Windows 10 would be “the last version of Windows”.

Microsoft is abandoning its traditional development cycle as that model has become outdated, thanks to the rapid evolution of mobile devices and the fast pace of iteration in modern software. As such, the company is opting to use Windows 10 as a foundation across all devices on which new features and technologies may be developed in the future. Meanwhile, the OS will receive constant updates and new features to keep it competitive and up to date with the wider technology scene.

One such major update, coming next year, is Redstone. While this won’t be a major shift in capabilities or features for Windows 10, it will be an important part of next year’s update cycle. Redstone, is expected to bring lots of new features and capabilities to the platform in 2016. However, there will be other updates both for features and fixes long before then. One such feature release is expected this fall, after Windows 10 RTMs but before the holiday shopping season gets going. Many of the features that will miss RTM this summer are expected to show up in such updates going forward.

Microsoft has big plans regarding the future of Windows 10 and its platform and we’re just now starting to see that vision take shape. Rolling updates alongside an Insider preview program to test new features is a good way to make sure Windows 10 stays agile and competitive going forward.