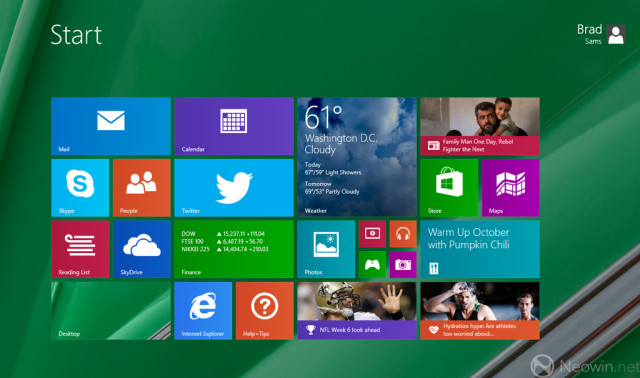 Earlier today, we reported that Microsoft had released a patch for the Skype app in Windows 8.1 to fix a crash bug found on some PC systems. As it turns out, that's not the only patch that the company has released for its newest OS update. Today, Microsoft has come up with a fix for a problem that has been an annoyance for some Windows 8.1 owners.

Microsoft's support page reveals that the patch is supposed to remove the "Windows 8.1 SecureBoot isn't configured correctly. Build 9600" watermark that has been showing up on the desktop wallpaper of some users. You may remember that a Windows 8.1 RTM GA Rollup file that leaked out to the Internet before the official launch of Windows 8.1 was also supposed to address this bug.

In any case, this is the official fix for the issue and the Microsoft support page has manual downloads for the 32-bit and 64-bit versions of Windows 8.1 as well as Windows Server 2012 R2. People who download and install the patch will be required to restart their PC afterwards. This patch is not meant for Windows RT 8.1 users.

As with the Skype patch, this new download shows that Microsoft is willing and able to break their own update schedule if they feel the need to, instead of waiting for the normal "Patch Tuesday" date.