Last week, we reported that Microsoft is internally testing Windows 10 for PCs build 14283, which includes extensions for Edge. It appears that the current Mobile build that's being tested is 14288 and it contains the ability to set Cortana as the default SMS client. 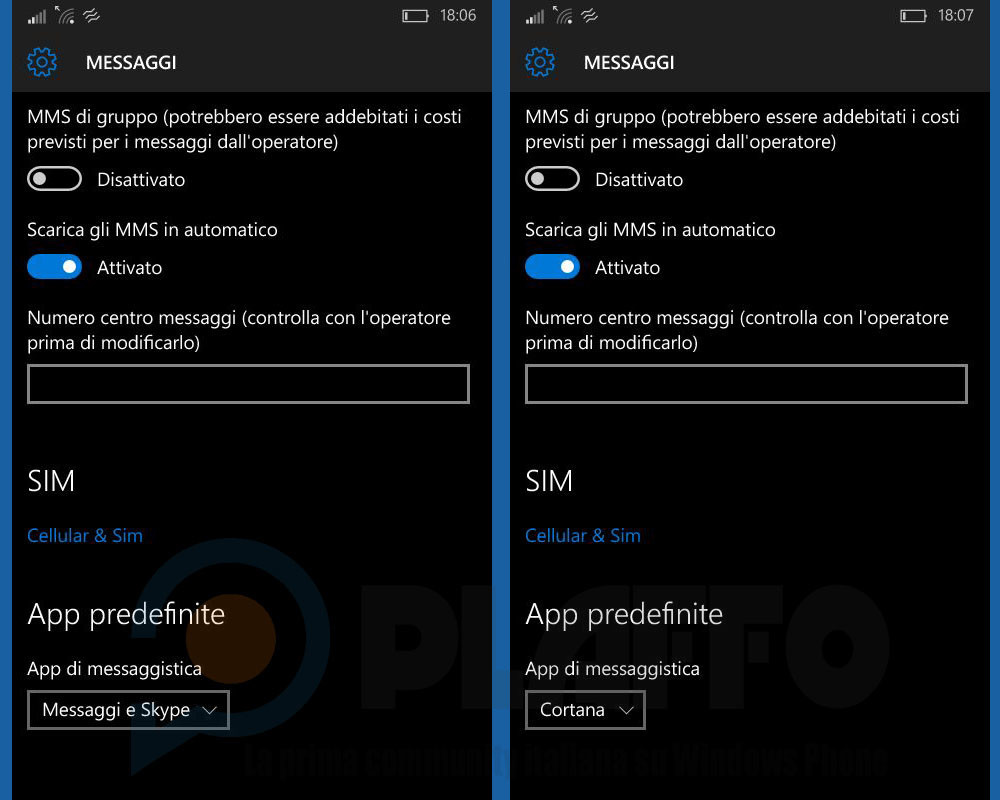 According to the report, while Cortana can be used as the default SMS client, the feature doesn't really work. It stated that in their testing, when they received an SMS message with this setting, they still had to use the Messaging + Skype app to read it.

We'll find out more about what Microsoft has in store for Redstone at their annual developer conference, Build, at the end of the month.