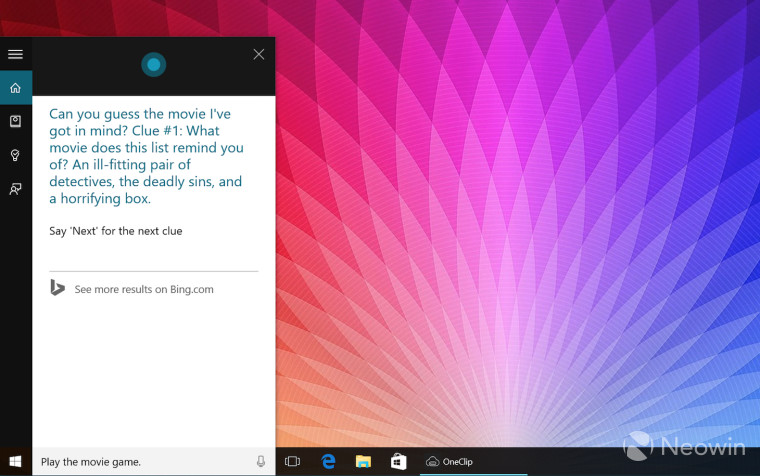 Later this week, Microsoft will release Windows 10 and one of the new features that ships with the OS is Cortana. The company has high hopes for the digital personal assistant and to make her feel a bit more human and a little bit less robotic, she has a new game that you can play with her.

If you ask Cortana to "play the movie game" she will start asking you trivia questions about popular movies. She will provide you with one clue at a time, a total of three clues will be given, before providing the answer.

This is not the first game we have seen Microsoft add a game to Cortana's large list of abilities. Back in May of this year, they added a feature where if you ask Cortana to 'Surprise Me', she would respond with a riddle for you to solve.

These types of features, while not useful with your everyday tasks, do add a bit of personality to the platform and make it more interactive for the user beyond the typical "set an alarm"-type scenarios. And just so you are aware, this feature works on both the desktop and the phone, which makes sense, as they use the same backend.

Seeing as the company has been adding these types of features consistently now, don't be surprised if they have a few more tricks up their virtual sleeve.