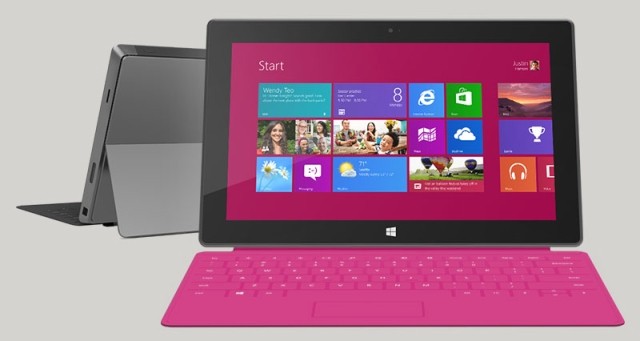 When Microsoft announced Surface Pro, it was more than a little quiet about what Intel processor would be in the Windows 8 tablet. Since then, a Microsoft executive has claimed the tablet will have half the battery life of its ARM-based counterpart, Surface with Windows RT. But could that have changed recently?

According to a theory by ZDNet's Mary Jo Foley, Microsoft may have a few tricks up its sleeve and reveal an updated Intel chipset in the tablet.

Intel's been fighting tooth-and-nail against ARM-based chipsets in recent years and the fact that Microsoft chose to support both x86 and ARM processors has ensured Intel would continue to search for ways to improve its products for the mobile market. Unfortunately for Intel, one of the areas x86 chips have lagged behind has been battery life. That changed slightly yesterday, when Intel announced new chips as part of its Atom and Core processor lines.

These chips are said to provide dramatically improved battery life over previous Atom and Core processors, although they won't be available until later in the year.

While the new chips are irrelevant to Surface Pro, as Microsoft has already said the tablet will have a "3rd generation" Core i5 processor, one key aspect of Intel's announcement may mean the tablet will get a better battery life than previously anticipated. According to an area of the Intel press release noticed by Foley, Intel is "bringing the low-power line of processors into its existing 3rd generation Intel Core processor family" – the same generation Core i5 processor Microsoft plans on using in Surface Pro.

Microsoft was noncommittal in a response to Foley's inquiries about whether the improved processor would make it into Surface Pro, merely saying the company is "excited and optimistic about the continued evolution of Intel Core and Atom processor technology."

It seems unlikely that Microsoft would make a change to the hardware of Surface Pro this close to release – the tablet is expected to launch Jan. 29 – but it could be a possibility. Whether or not Microsoft was actively working with Intel to get the improved processors in the tablet will be revealed soon enough, although Intel's press release made no mention of Surface Pro.