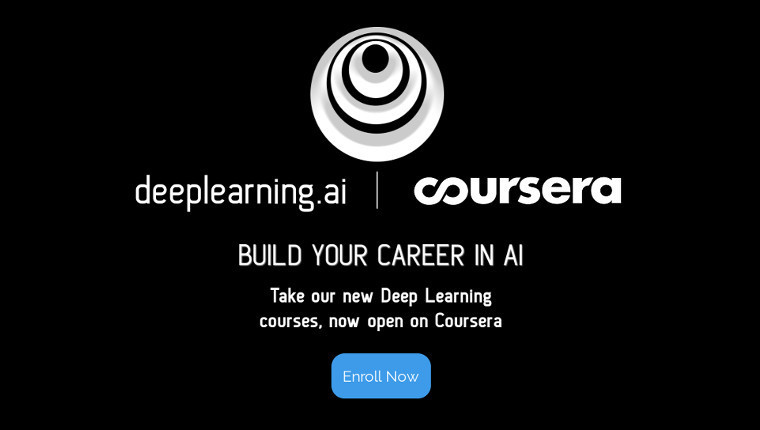 Andrew Ng, one of the founders of Coursera, has set out to raise a $150 million fund – dubbed AI Fund – in order to invest in artificial intelligence startups. The news comes just a few months after he announced his own startup, deeplearning.ai. The fund’s existence was revealed because of a filing with the US Securities and Exchange Commission (SEC). The document filed with the SEC was filed under Andrew Ng’s name on 14 August.

At the end of June, we reported that Ng had left the Chinese company, Baidu, where he was in charge of the AI team to form his new startup, deeplearning.ai. At the time that we reported on that news, it wasn’t clear what Ng had in mind; in the time since, deeplearning.ai has started offering courses on Coursera which Ng himself is a co-founder of.

According to the course description on Coursera, those who complete the course should leave with the following skills:

The year has been busy for AI funds, Google has rolled out Gradient Ventures, Basis Set Ventured drew in $136 million to their fund, Element.AI raised $102 million, Microsoft Ventures started an AI fund and Toyota gathered $100 million to spend on AI investment. Ng’s recognition in the field should help him put together a decent fund to aid AI startups going forward.