The main thing that has changed, of course, is that it now comes with Intel's 11th-generation processors. The new chips come with Iris Xe graphics, and they're a massive upgrade from 10th-gen, especially for business PCs like this one. It's also a bit thinner, a bit lighter, has a 1080p webcam, and more.

These days, Dell does offer a higher tier, the Latitude 9000 series, but honestly, I like the Latitude 7000 series a bit more, even though it lacks some key features like 5G support (you can get it with 4G though). 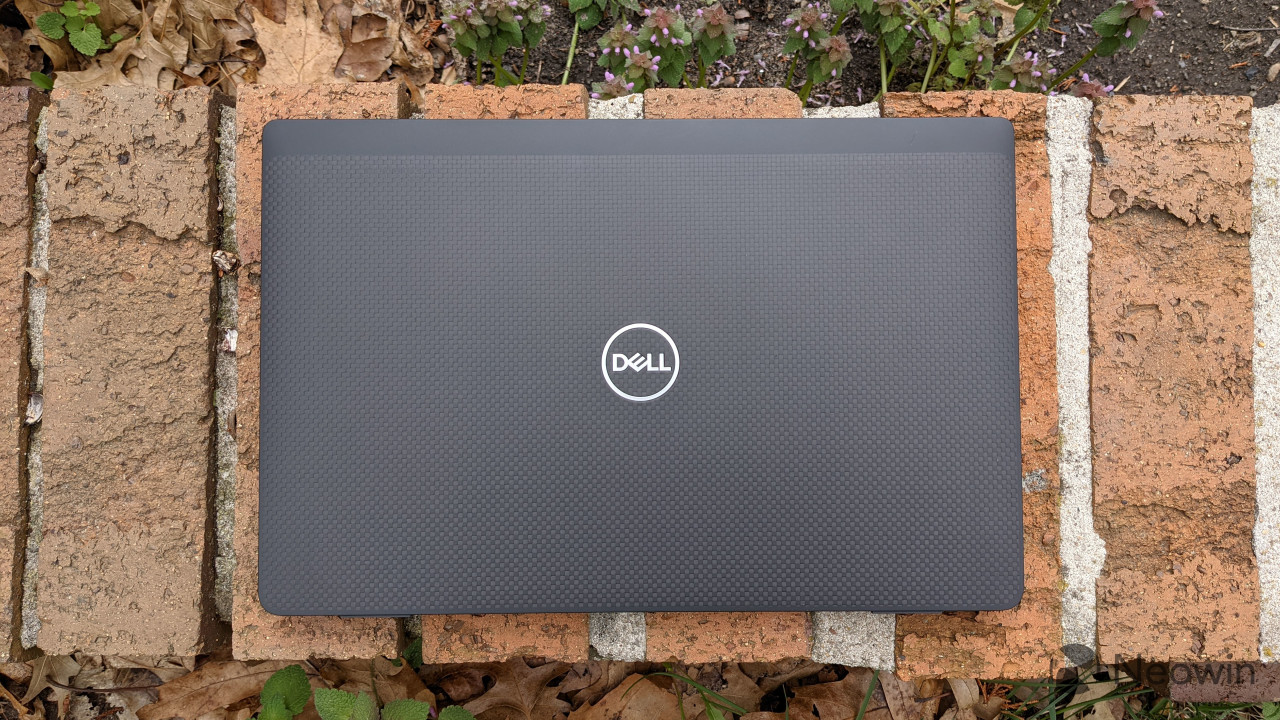 The clamshell that Dell sent me is carbon fiber, allowing it to weigh in at just 2.57 pounds. The lid has a carbon fiber weave design, something that not a lot of companies are doing, especially in the mainstream space. Lenovo does it for premium, but that's it. It's a nice look, and it's something that's different from the rest of the pack.

What I really love about the Latitude 7320 is just how light and small it is. Being a 13-inch laptop and having small bezels, it has such a small footprint that it's just so easy to carry. When I reviewed the Latitude 7310 last year, I described it as the perfect laptop for around the house. If I had to get work done on the couch, this would be the first machine I'd grab because it just feels so comfortable to carry, and it's a laptop that feels good on a lap. 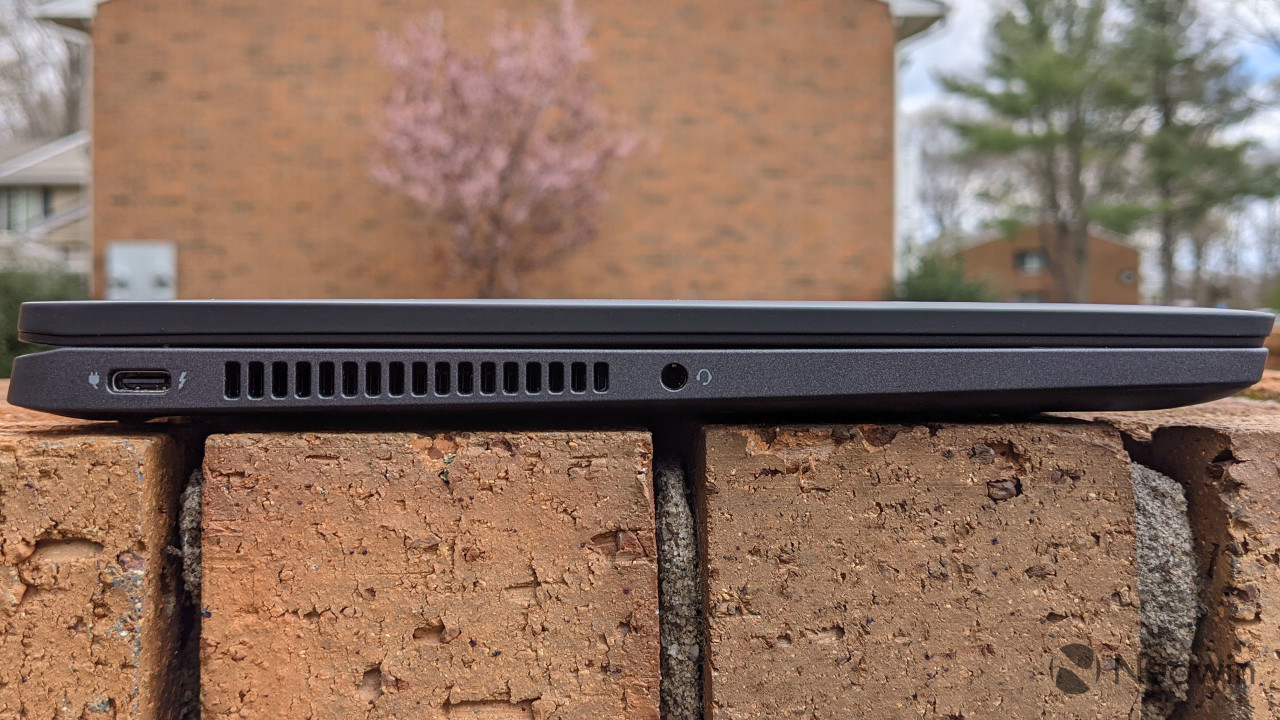 Being a business laptop, it's also got a solid array of ports, not skimping out on USB Type-A. On the left side, there's a lone Thunderbolt 4 port, which you can use to connect dual 4K monitors, an external GPU, and so on. There's also a 3.5mm audio jack on that side.

Last year's Latitude 7310 supported a single 4K display on each Thunderbolt 3 port, as Dell used the base spec. That means that Thunderbolt 4 is actually a big improvement, offering double the bandwidth. 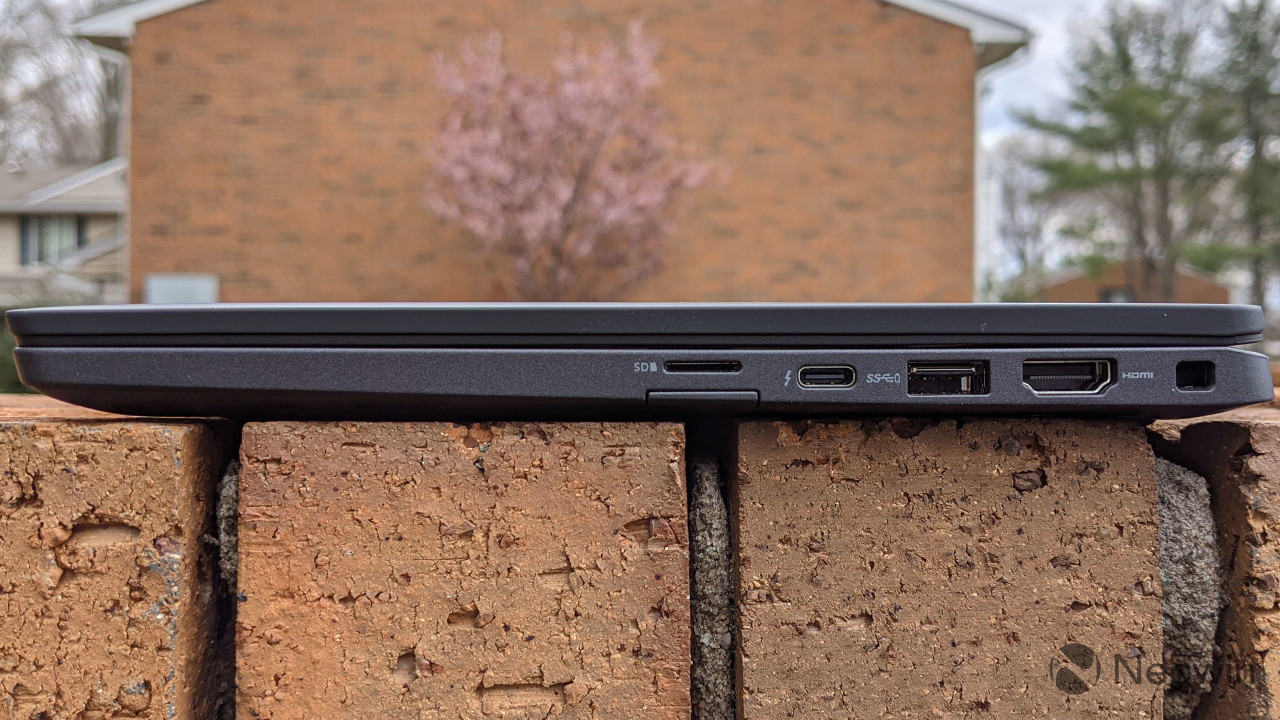 On the right side, you'll find a USB 3.2 Gen 1 Type-A port for 5Gbps speeds, an HDMI 2.0 port that supports 4K output, a microSD slot, a SIM slot that's filled with a slug if you get the cellular model, and a second Thunderbolt 4 port.

I really want to commend Dell for putting Thunderbolt 4 ports on each side, and that's actually one thing that did change in the chassis since last year. So few OEMs do it, but it really makes life easier when you can charge your laptop from either side. It's really rare in the Windows world.

Like I said, I really do like the design of this laptop, particularly just the shape and size of it.

The Latitude 7320 has a 13.3-inch 1080p display, and unfortunately, there's no option for 4K resolution. There are four display options, including non-touch options that come in at 250 nits or 400 nits, and two 300-nit touch options, one of which has Dell's SafeScreen privacy display. 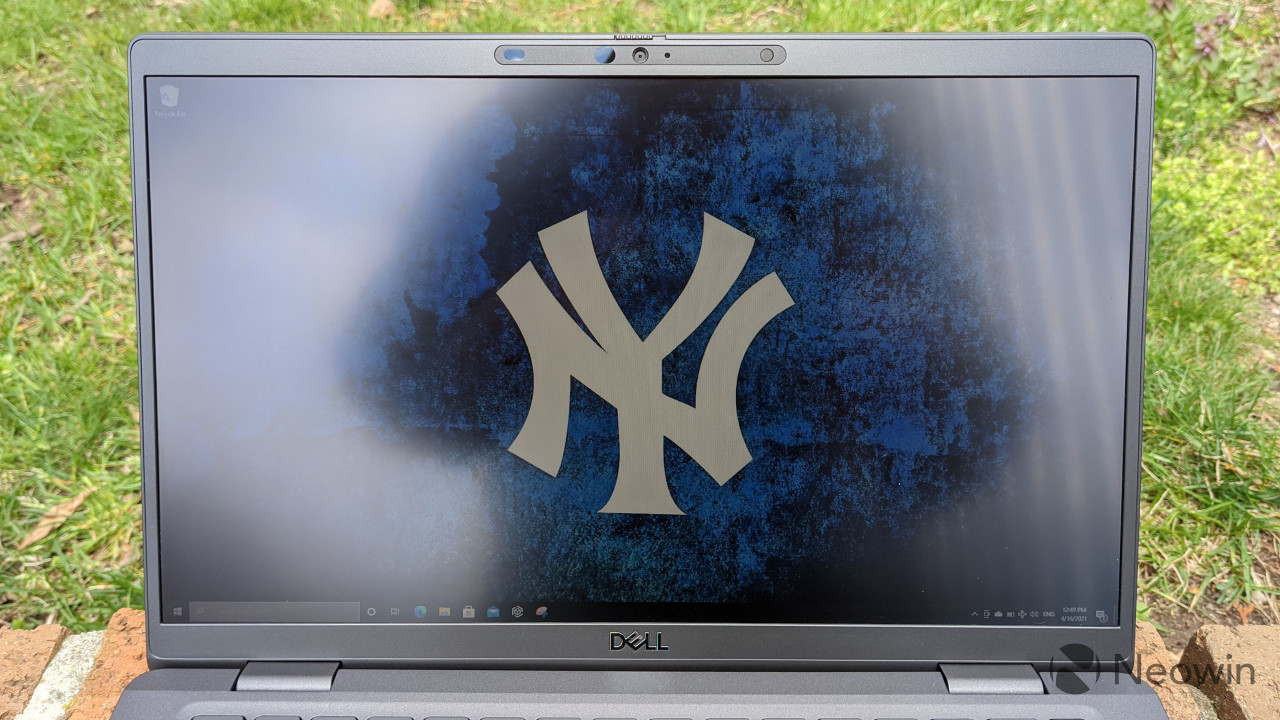 Dell sent me the 400-nit non-touch screen, which is pretty good. It's easily bright enough to work from anywhere, which is something that I always appreciate. You should never have to use anything at 100% all of the time in order to be comfortable. You can use this screen at 50% brightness or less without an issue. 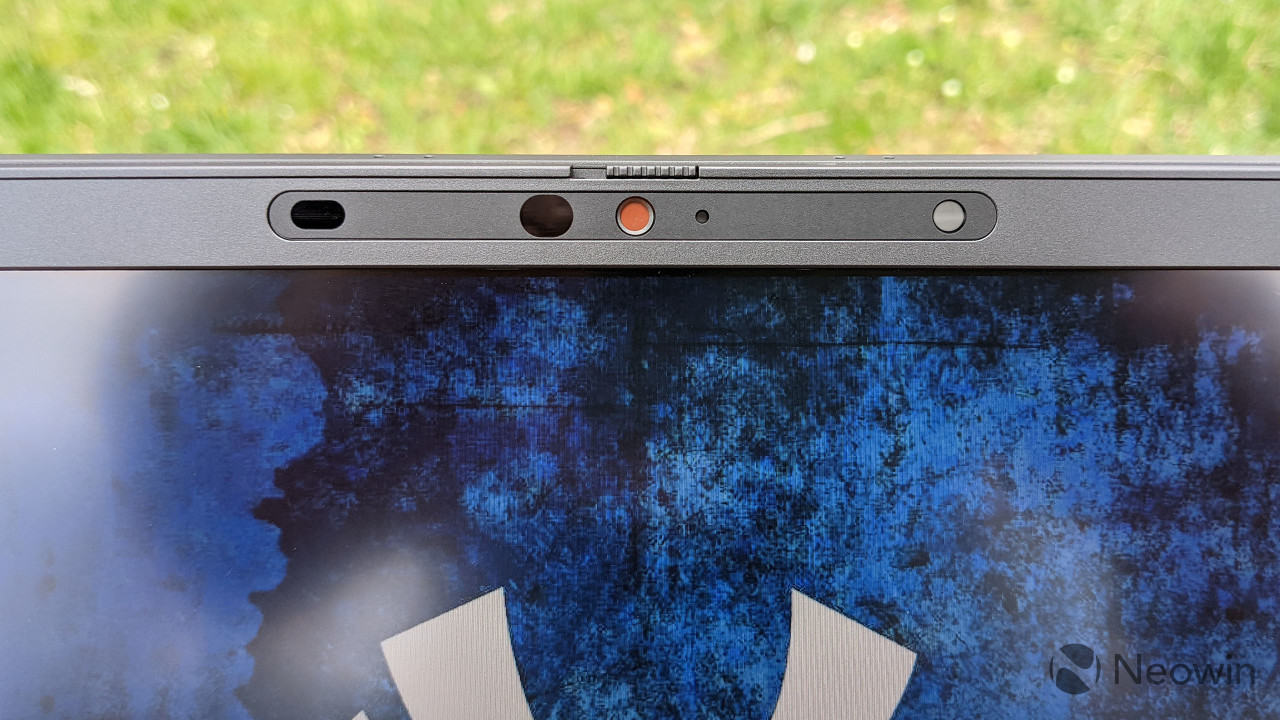 While is has narrow side bezels, the top bezel is a bit bigger, and as you can see, there's a lot to unpack there. First and foremost, the webcam is 1080p this time around, and that's super important. We're in an age where working from home is super popular, and while webcam quality wasn't nearly as important a couple of years ago, it's important now. So many companies are still using 720p webcams, so this is another thing I'll commend Dell for.

As you can see, there's also a privacy guard over the camera that you can use if you want to. Of course, that means that a bunch of other stuff won't work, the least of which is the IR camera for facial recognition.

Dell also has a bunch of AI features included, and there are some extra sensors in that are in that top bezel, all of which can be controled in the Dell Optimizer app. Those sensors can tell when you sit in front of the PC or when you walk away. When you sit in front of the PC, it can wake up, and then Windows Hello will light up to know that it's you that sat down, logging you in without you ever touching the PC. And then it can lock your PC when you walk away after a determined amount of time.

And then there's audio, as the dual speakers are located under the base as usual. The audio gets louder than I thought it would, which is great for listening to music. But I once again want to focus on working from home, as both the speaker and microphone are great for meetings. I really feel like this is the ultimate work from home PC.

While there have been some subtle changes to the rest of the PC, I don't think that the keyboard has changed at all. It's a backlit, Chiclet-style keyboard that you'll find on all of Dell's Latitude laptops, which is fine. Dell's keyboards are good, and in fact, I'd probably say I like the Latitude ones even more than the consumer ones. 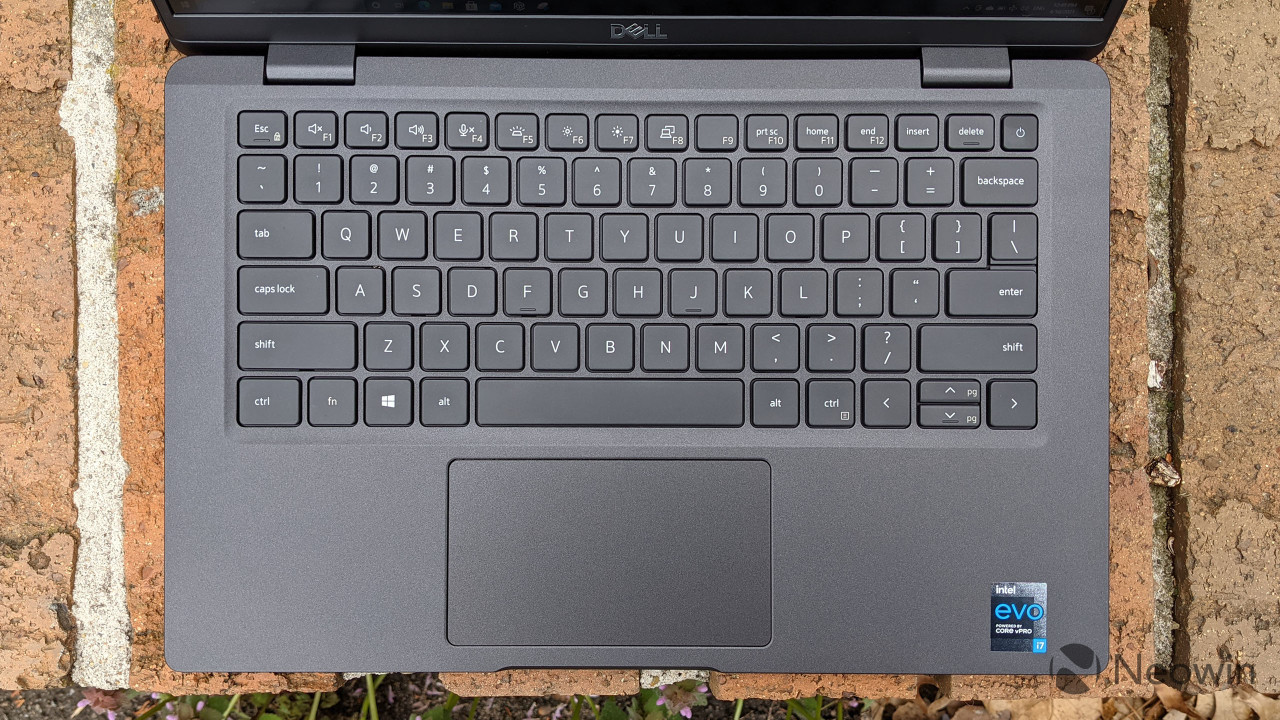 The only problem is that they're not the best. This is never the highlight of the review because Lenovo's ThinkPad and HP's Elite laptops simply have better keyboards. Again, this is good, but those are better. Of course, I don't think you'd ever think that this is lacking in any way if you didn't compare the two. 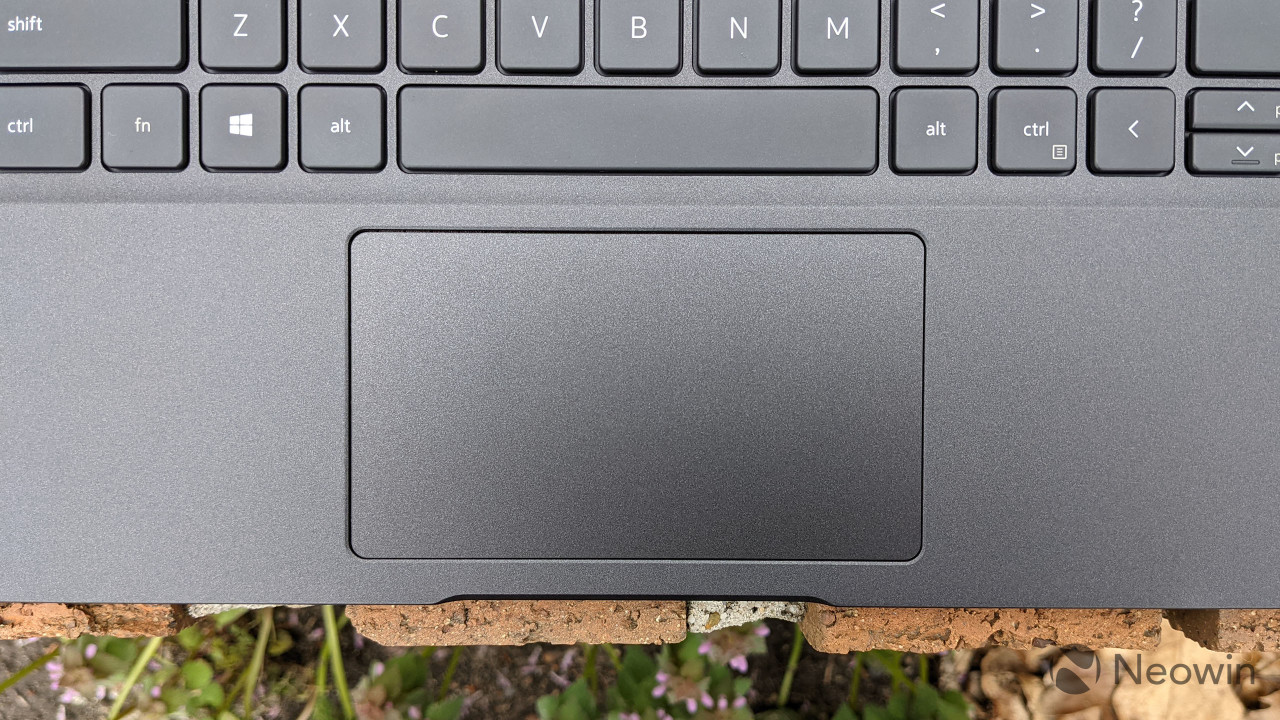 The touchpad uses Microsoft Precision drivers, as you'd expect. It's also a bit larger than it was last year, taking advantage of more of the real estate on the keyboard deck. This is always nice to see. I much prefer a larger touchpad to wasted space.

The Latitude 7320 that Dell sent me includes a Core i7-1185G7, 16GB RAM, and a 256GB SSD. Strangely enough, when I went to price it out on Dell.com, there were no configs on there with over 256GB of storage. That's just an interesting fact though; businesses can get PCs through other channels that no doubt have additional customization options.

The performance improvement over the last generation is significant. Here's the long story. Last year, Intel's 10th-gen processors had two families: Ice Lake and Comet Lake. Ice Lake moved to 10nm, but it also included Iris Plus Graphics, a significant improvement over the integrated graphics in previous generations. Comet Lake pretty much existed because Intel couldn't make enough 10nm chips, so it was another 14nm lineup, once again including UHD Graphics.

Here's where it gets even better. Since Intel was so short on Ice Lake chips, all business PCs came with Comet Lake. The company didn't even make a vPro variant of Ice Lake. So while Tiger Lake is a big improvement on Ice Lake, it's an even bigger improvement over Comet Lake, which is what was in the Latitude 7310.

Intel's U-series processors, now called UP3, have been great at productivity for a long time, but now you can do more creative work on them. There's some actual graphics power here. Photo editing is no problem, nor is FHD video editing. It's a great product.

Battery life on this laptop is phenomenal too. I can easily get over a dozen hours of battery life on here, with the battery slider on one notch above battery saver and the screen on about 25% brightness. Dell has been making some bold battery life claims, and it's nice seeing it deliver.

As you can see, there's a big improvement over the last generation.

While all of the changes that Dell made on this generation seem small, they're meaningful changes. I love that there are charging ports on either side for convenience, and of course, the FHD webcam is a must in 2021. Seriously, the amount of companies that have ignored that just baffles me. 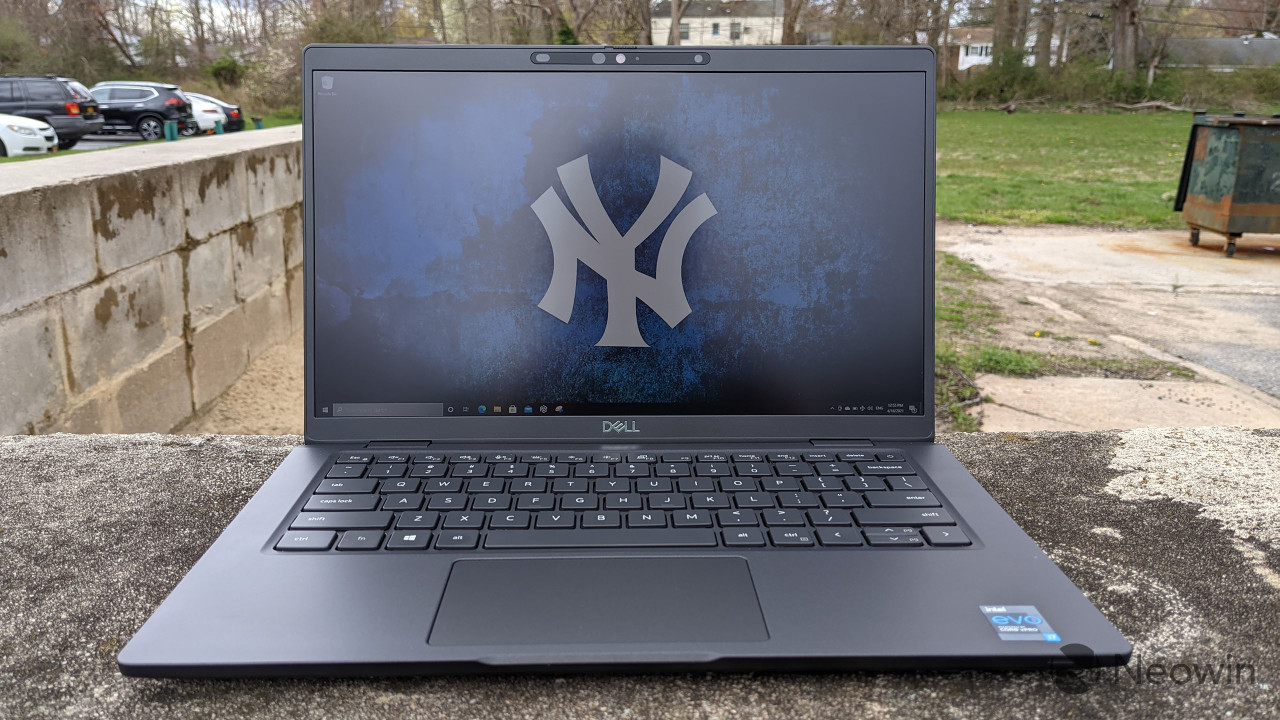 Of course, that would affect the sweet, sweet battery life that I'm getting from this thing. Seriously, it's wild. It's hard to not look at the Dell Latitude 7320 and call it the ultimate working from home PC, because it checks those boxes. It has the proper webcam, which is a rarity, and it's also light and small. It's easy to work from anywhere in your home, whether that's at a desk or on the couch.

This really is just such a good PC, and this year's improvements are really meaningful. If you want to check it out on Dell.com, you can find it here.