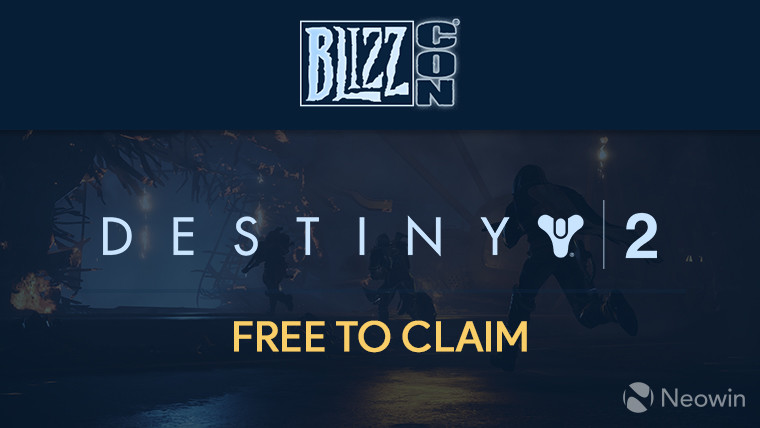 At BlizzCon 2018, the twelfth such event in Blizzard's history, Bungie's Steve Cotton announced that the company's latest FPS title will be free to claim until November 18. This is part of the title's one year celebration on Battle.net.

Now for those not familiar, the sequel to 2014's Destiny landed last year and though it had some flaws, that didn't stop it from becoming September's best selling game. It's worth mentioning though that it dropped to the third position overall at the end of 2017.

December of 2017 brought the first expansion for the game, Curse of Osiris , followed by Warmind in May 2018, and Forsaken two months ago. These are particularly important to mention in light of this game giveaway. While you are free to claim the title until November 18, you'll only be getting the base game without the trio of expansions. The good news is that once you claim it, it's yours to keep forever.

To add Destiny 2 to your account, be sure to head over to the dedicated page and grab your copy.