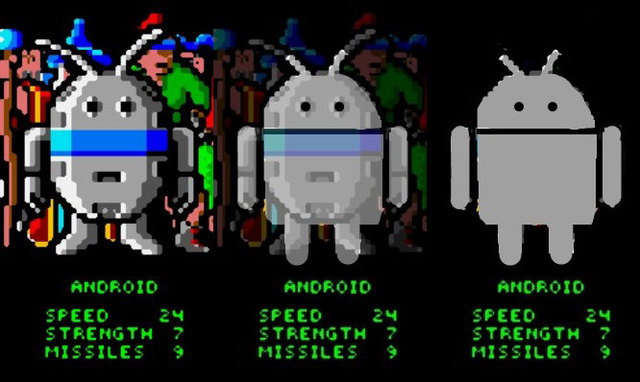 An Engadget reader may have uncovered a secret that Google would rather keep under wraps: the origin of the Android logo. While few have questioned the origin of the now-iconic little green robot, instead opting to draw on the similarities between 'Android' and 'droids' from Star Wars, the gadget blog has put together a pretty compelling case against the Android mascot.

It would appear that the logo was based upon a character in the 1990 game "Gauntlet: The Third Encounter". The game was never really a huge hit, replaced a year after release (according to Wikipedia, anyway) by "Gauntlet III: The Final Quest". Regardless, the character in the original game shows many similarities to the Android logo, not the least of which being the name itself.

The shape of the Android logo is slightly modified, making it slightly less round, and a black strip was added to separate the head from the body, but the similarities are undeniable. It's not known if Google had some sort of licensing deal, or even if their lawyers determined that the lift was legal due to sufficient modification of the original image. Even more unlikely is the possibility of the whole incident being a strange coincidence. However, if foul play was a factor, Google's going to have a tough time - the little green robot is everywhere that Android is, from news sites to the phones themselves.

Image source: Engadget. Thanks to Sawyer 99 for pointing this out on the forums.