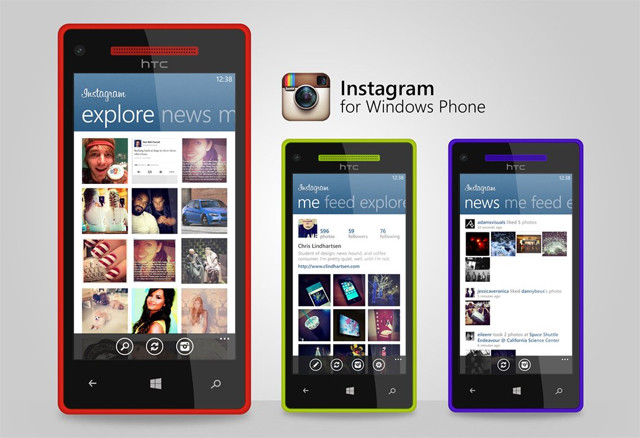 Despite hopes of Windows Phone users to the contrary, Instagram hasn't announced any plans to release a version of its popular photo-sharing app for Microsoft's smartphone platform.

Chris Lindhartsen has created a concept of what Instagram could look like if it came to Microsoft's smartphone platform. Lindhartsen says the design "takes cues from the apps signature look and feel [while integrating] elements of the Windows Phone user interface that would make this app unique to the platform."

Microsoft's had problems convincing major social networks to create apps for Windows Phone. The Facebook app, for instance, was created by Microsoft and not Mark Zuckerberg's company. Twitter created its own app, although it received as mediocre ratings much like Microsoft's Facebook app. LinkedIn's app has fared better, however.