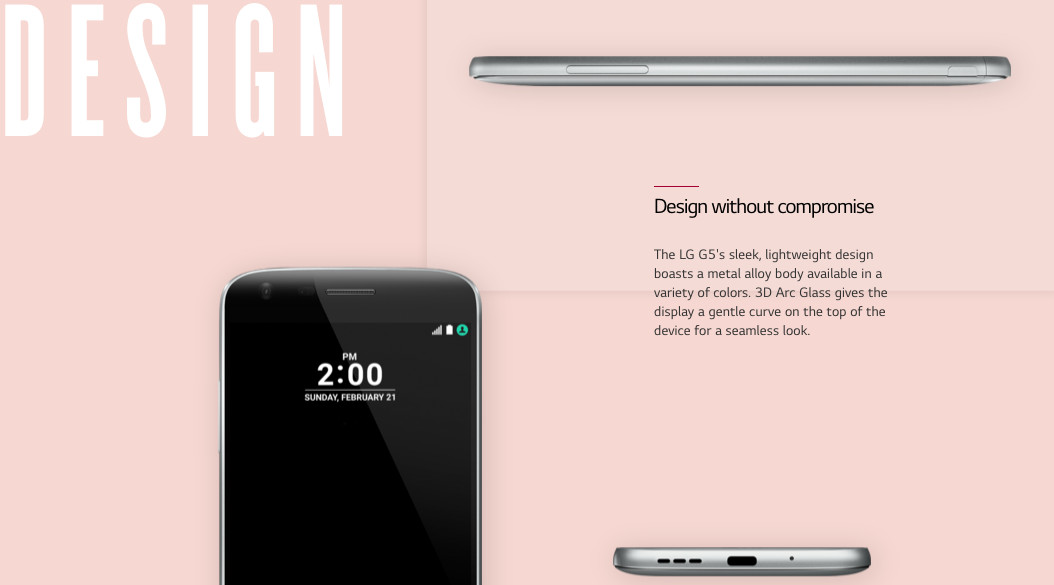 When you get your hands on the LG G5, it's a device that feels different. Although LG touts the unit as having a "metal alloy body", the exterior doesn't quite feel like metal. Although some would take it as is, others investigate why things are a certain way and that's what happened this weekend.

Over the weekend, the G5 was dissected online and found that there was a layer of plastic over a metal shell. Some deemed this as LG pulling the wool over consumers' eyes. Naturally, this story gained a ton of traction, but LG was reasonably quick to respond, stating:

The G5 is composed of a special aluminum alloy, LM201 (Feb. 2016 patent pending). LM201 was developed by LG in partnership with the Korea Institute of Industrial Technology for use in high-end sports cars, aircraft and consumer electronic products where durability, rigidity and lightness are required. After the die-casting is complete, the insulating antenna slit is applied directly to the aluminum casing followed by a coating of primer which provides additional insulation and enhances the surface profile for the “microdizing” process, where pigment containing tiny metal particles is applied directly to the primer to provide a smooth and durable finish. We want to reassure our customers that the uni-body of the LG G5 is advanced aluminum alloy, not plastic.

According to LG, the G5 does have a metal body, but it resides below a primer surface that is meant to protect and insulate the handset. While the metal alloy might not be exposed like something you would find on an HTC or Apple - does this change how the handset is perceived and is LG wrong in marketing the G5 as boasting a metal body?

What do you think about LG and its primer coated G5? Comment down below.