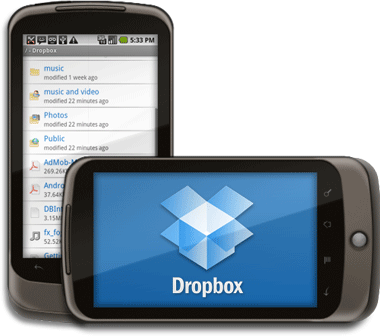 Hot off the heels from Tuesday’s iPad app release, Dropbox today announced the availability of their much awaited Android application.

Android users can now freely access their Dropbox account and files through the native client. In addition to viewing and downloading files, users can also stream music and movies straight to their device. Other highlighted features include file upload, syncing, and sharing.

Dropbox for Android is available in the Android Market as a free download.

The other big news is the announcement of Dropbox Anywhere, their new collection of tools and APIs for developers. With the new API, developers can now integrate Dropbox right into their applications—both mobile and desktop. Dropbox Anywhere should provide a new seamless experience for users to access, sync, and share the files in their account from almost any device or application.

The first batch of Dropbox Partner Apps using the new API have been announced here.

More people than ever face the challenge of making their documents, photos and other files available and in sync across the ever-increasing group of devices they use everyday. This challenge has increased as these devices – and the apps they enable – grow more sophisticated.  Providing support for all major mobile platforms, Dropbox Anywhere solves this problem by making documents and media ubiquitously available across the multiple computers and devices a given user accesses in the course of a day. And with the Dropbox mobile API, these benefits can be extended to the new generation of mobile apps, making them easier to use and more valuable.