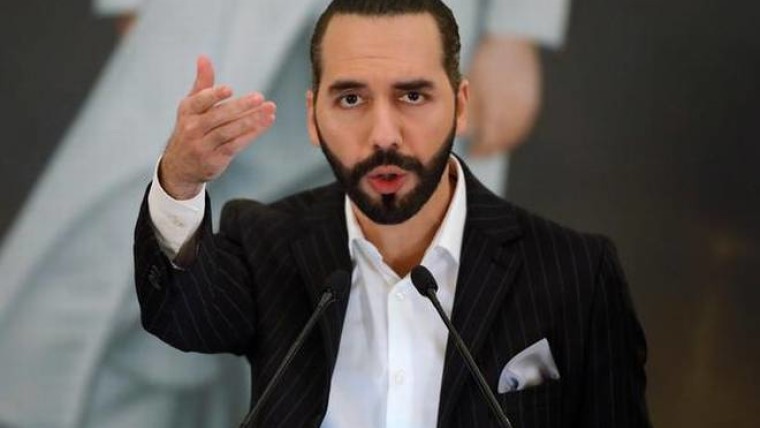 El Salvador President Nayib Armando Bukele Ortez who was present at the Bitcoin 2021 conference in Miami via video conferencing announced that next week he will send legislation to the country's congress that would make Bitcoin crypto-currency a legal tender in the nation. As his New Ideas party holds a supermajority in the new congress, there are very high chances that any legislative proposal from the president could be easily passed.

#Bitcoin has a market cap of $680 billion dollars.

If 1% of it is invested in El Salvador, that would increase our GDP by 25%.

On the other side, #Bitcoin will have 10 million potential new users and the fastest growing way to transfer 6 billion dollars a year in remittances.

We hope that this decision will be just the beginning in providing a space where some of the leading innovators can reimagine the future of finance, potentially helping billions around the world.

Currently, the US Dollar is the official currency of El Salvador. One-fourth of its citizens live in the United States and send over $6 billion back home as remittances. The president believes Bitcoin can plug leakages as most of the money is lost to intermediaries while sending it from the USA to El Salvador. He further said that this measure would generate jobs and help provide financial inclusion to thousands outside the formal economy as 70% of the population of the country does not have a bank account. Strike, a mobile payments app in El Salvador said it welcomes the legislation and was working with the country to make using bitcoin technology a success.

At 39 years old, Nayib Bukele is the youngest president in Latin America. He is a politician and businessman, studied law, and owns Yamaha Motors El Salvador. He has over 85% popularity ratings and uses Twitter as his preferred mode of communication. He worked at his father’s marketing agency before serving as mayor of San Salvador and became the first president in almost 30 years to win without the support of one of the major parties of the country. His party's dominance helped him win the elections. Bukele enjoys a wide support base and has been instrumental in obtaining COVID-19 vaccines in time and running an efficient vaccination program in the country.

Although President Bukele had a cordial relationship with former President Trump, the same cannot be said about the Biden administration. Last month, the White House Special Envoy for the Northern Triangle said that the U.S. government would like to see El Salvador reverse the replacement of the court and the attorney general, which Bukele denied. As his party has a supermajority in congress, they dismissed the sitting attorney general and the justices of the Constitutional Chamber of the Supreme Court in May this year which has lead to concerns about his widespread and unchecked power in the country.