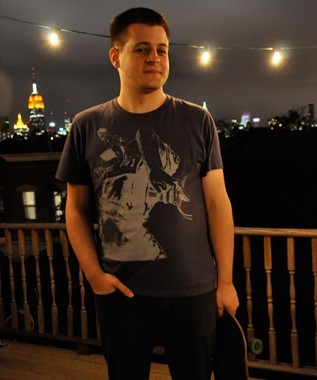 Tech blog Engadget seems to be spending more time in the news than publishing it of late, with editor Paul Miller taking a parting swipe at AOL as he announced his departure from the site today.

In a post on his personal blog, Mr Miller pulled no punches when it came to his reasons for leaving.

''I’d love to be able to keep doing this forever, but unfortunately Engadget is owned by AOL, and AOL has proved an unwilling partner in this site’s evolution,'' he said.

AOL picked up Engadget's parent company Weblogs Inc. in 2005, a move that at the time, was met with mixed reactions. In what were perhaps prescient comments given Mr Miller's sentiments today, some felt blogs had no place being run under the banner of ''big business'' such as AOL.

Mr Miller made clear that in his eyes, AOL was placing its bottom line over the quality of content and he could no longer work under such conditions.

''It doesn’t take a veteran of the publishing world to realize that AOL has its heart in the wrong place with content. As detailed in the “AOL Way,” and borne out in personal experience, AOL sees content as a commodity it can sell ads against.
That might make good business sense (though I doubt it), but it doesn’t promote good journalism or even good entertainment, and it doesn’t allow an ambitious team like the one I know and love at Engadget to thrive,'' he said.

The ''AOL Way'' refers to a business plan, leaked earlier this month and published by Business Insider and put together by AOL CEO Tim Armstrong. The 57-page document, which was apparently being put into action at the time of the leak, made clear that profitability was the key consideration when producing content.

According to the plan, AOL directs editors to decide what topics to cover based on four considerations: traffic potential, revenue potential, edit quality and turn-around time.

Clearly, the ''AOL Way'' was a tipping point for Mr Miller and after five years at Engadget, he felt it was time to go.

''I want to continue to be a part of this industry: I love technology, I love exploring what the future holds, and I love high pixel density displays. I’m not exactly sure what these next months and years are going to look like for me, and I’m truly sad that they can’t look like Engadget, but I’m excited to find out what’s next,'' he said.

While Engadget's site makes no mention of Mr Miller's departure, users have taken to his final story to pay tribute.

''How's that "AOL Way" working out for you losers at AOL management? I'd say not so well, but what do I know,'' wrote MRCUR.

Mr Miller's departure comes little more than two months after the latest bout in a very public spat between Engadget's Joshua Topolsky and TechCrunch's Michael Arrington. TechCrunch was also acquired by AOL in 2010, an acquisition Mr Arrington has accused Mr Topolsky of trying to ''kill''.