You can find a comprehensive collection of the screenshots in the gallery at the end of this post, but here we will take closer look at a selection of them. 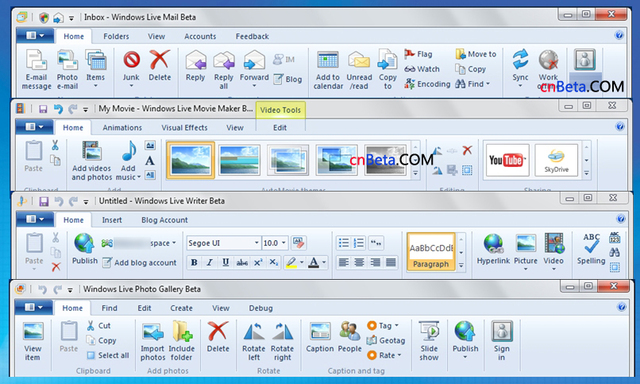 First up we can see how the ribbon interface is implemented in Windows Live Mail, Movie Maker, Writer and Photo Gallery, as we previously revealed it would be. Most of the existing features and options of these programs have been added to the ribbon quite well (of course Movie Maker already benefited from this style of interface) and it means the applications now share a common interface with most Windows 7 utilities and the new Office 2010. 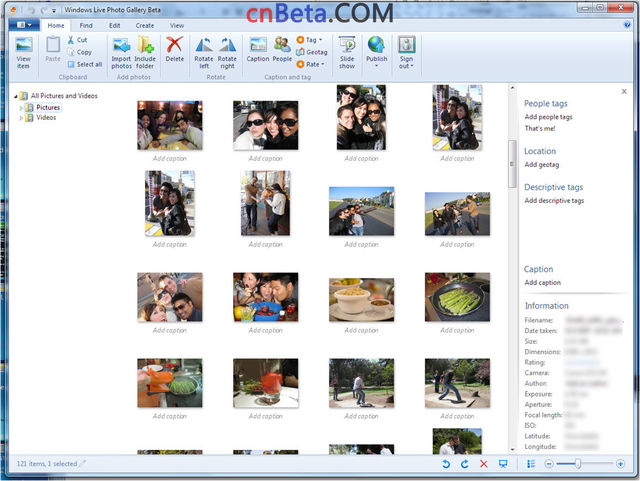 This screenshot confirms that Photo Gallery will contain geotagging features and reveals that SkyDrive will also become a central place to store and share your videos through Movie Maker, as it currently is for photos through Photo Gallery. As LiveSide reported last year, SkyDrive is set to become the main storage platform for Windows Live software and services and will be the cloud location for anything you backup using Windows Live Sync, which you can see below. 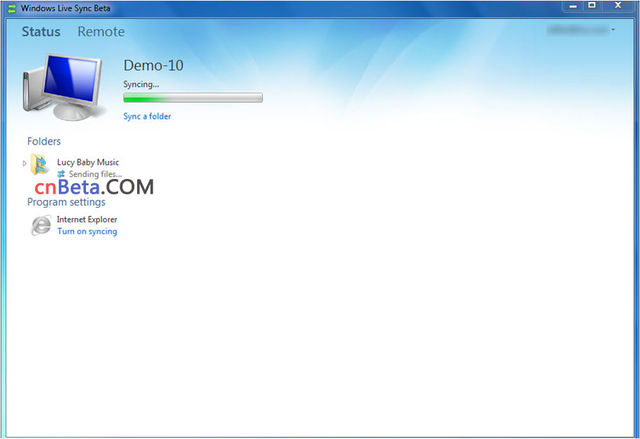 The update to Windows Live Sync seems to provide a similar service to Microsoft's current Live Mesh offering. The screenshot shows how you can choose folders to sync and also your Internet Explorer settings, possibly providing an easy way to synchronise your favourites between multiple computers and the Favourites folder of SkyDrive. 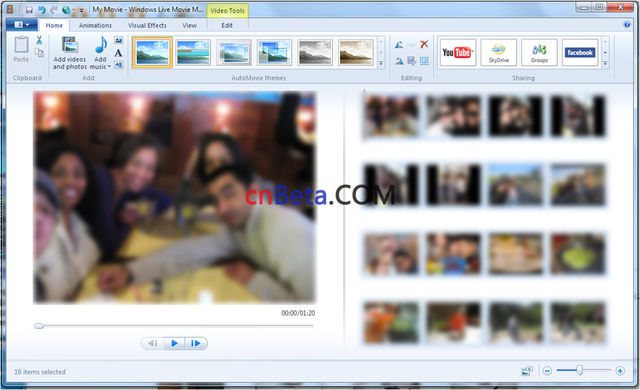 Movie Maker will include more tools and, according to cnBeta.com, has better transitions, special effects and sharing facilities - to both internet services like SkyDrive, YouTube and Facebook and to devices like the Xbox 360, Windows Phone and Zune HD.

The Wave 4 version of the Windows Live Essentials installer will also include a Bing toolbar, similar to the current MSN Toolbar.

More screenshots can be seen in the gallery below and show different views of Photo Gallery and Movie Maker, and the different features of Family Safety. There are also more shots of Windows Live Writer and Photo Gallery courtesy of LiveSino.