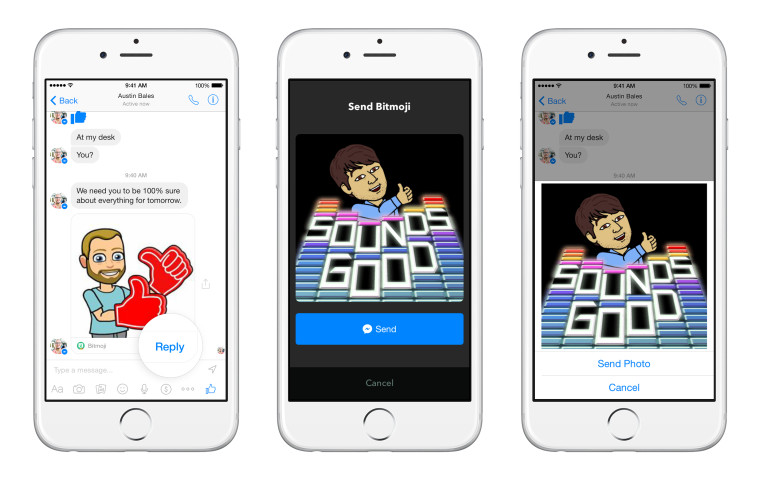 Facebook has announced new tools and SDKs for developers looking to integrate their apps with Messenger and a new Businesses on Messenger feature. At the ongoing Facebook F8 developer conference, the company made some major announcements regarding Messenger. These included the launch of the Messenger Platform to provide tools and SDKs to developers for integrating their apps in Facebook Messenger, and the Businesses on Messenger feature to enable websites to carry out surveys or take feedbacks directly from the customer though Messenger.

The new Messenger Platform will give users access to a wide variety of third-party applications that will add new ways to interact using Facebook Messenger. The current developer partners that have worked with Messenger Platform will be launching apps for sending memes, sound clips, emoji art among other such popular expressions. Recipients will be offered the option to install the app right from the conversation if the sender uses a specific app to generate a message.

Businesses on Messenger was the other feature to be launched at the event, intended to facilitate conversations between businesses and customers right from Facebook Messenger. In addition to the usual survey questions and feedbacks, Facebook expects Messenger to be used as a way to deliver updates such as delivery confirmations and shipping status as well.

With the launch of these two features for Messenger, Facebook has yet again shown its commitment to expand its footprint in mobility and more such announcements could be made during the two day conference.