Facebook’s reach is enormous, but for an average user their reach is decidedly more limited. Messaging someone you don't have as a friend will direct the message to the "Other" folder, where it can be quickly forgotten or go unseen. The social network considered charging users to direct the message to the right folder; many sites indicated a price of $1 for the message. You may also remember the service allowing you to pay for status promotion. 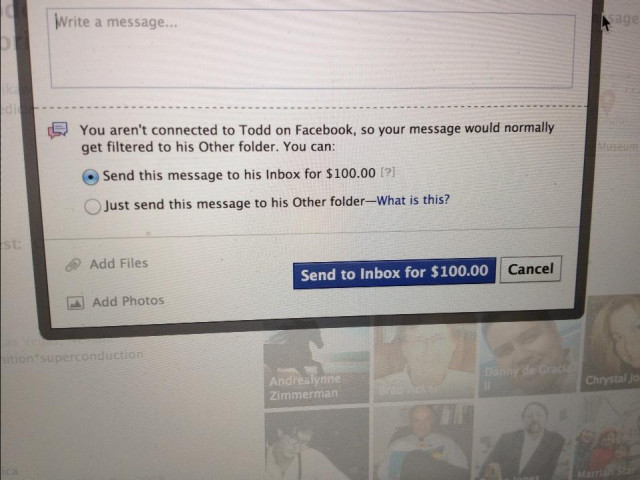 Television talent agent Micah Johnson got a rather cool $100 charge for the functionality. Maybe it’s a spoof site? Nope; the picture below shows that it isn’t. 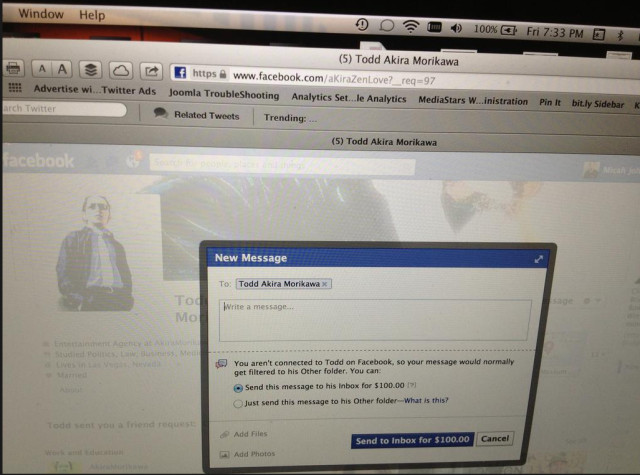 $100 (£62 / €76) is a bit pricey for some text, but we're curious to see how many people will pay if asked. Having tried to send a message to a nonexistent email address I was not prompted to pay up, possibly because it is not an address associated with an account.