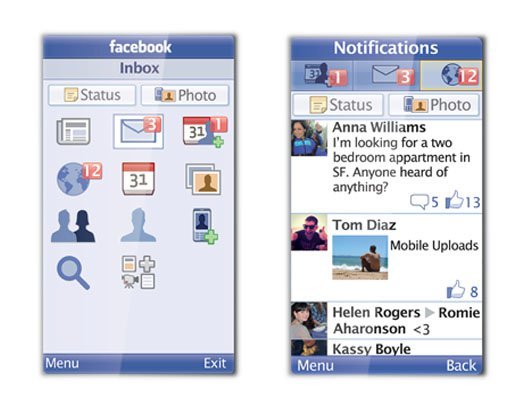 Although Google+ is trying to erode some market share, Facebook is by far the most popular social media site on the Internet. In order to continue the dominance, the company has launched a program called “Facebook for Every Phone.”  The goal of the project is to give anyone with a phone that supports Java the ability to access the site in order to update statuses and post photos. According to the announcement, the app supports the site's most popular features including news, photos, and inbox. It was also designed to use less bandwidth than other apps, making it more affordable for end users.

In addition to the Java based app, Facebook has partnered with twenty different carriers across fourteen countries to provide free data service for the next 90 days. This ties into the lower data utilization as an attempt to bring users from countries with more expensive coverage into the online world of Facebook. Reliance Mobile in India, for example, charges 98 Indian Rupees per day for 2GB of data. Although the data allotment is high, the daily charge equates to 3038 Indian Rupees or $67.89 per month.

Ironically, even though the program is called “Facebook for Every Phone” many people are complaining that their phone is not supported. There are 2,500 phones that are supported, but the exact list has not been provided.