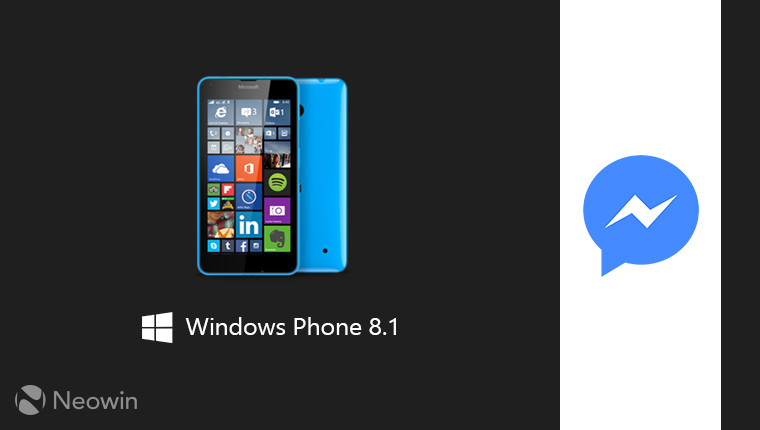 Update: Since this article was published, Facebook has confirmed that it will be retiring its Messenger app on all Windows Phones, as well as the Facebook apps on Windows Phone 8, Windows Phone 8.1, and Windows 8 and 8.1 PCs.

The original article follows below:

While Microsoft's push for users to upgrade to Windows 10 was quite noticeable on the desktop side, its mobile offering didn't get quite the same attention. This is perhaps why Windows Phone 8.1 is still currently the most popular flavour of the OS, sitting at 76.3% of the install base. Naturally, some folks will be upset by what a recent report is pointing towards.

According to AggiornamentiLumia.it, users of the platform have been receiving emails in which Facebook expresses its intention to deprecate the Windows Phone 8.1 version of Messenger. The firm then goes on to encourage users to upgrade to Microsoft's latest mobile operating system (and thus the latest version of Messenger) to keep using it.

The email above, as translated from Italian, reads:

Thank you for choosing to use Messenger. We regret to inform you that at the end of March, the version of the app you are currently using will no longer be supported, meaning you can no longer send or receive messages.

To continue sending and receiving messages from Facebook on your phone, update your app to the latest version: www.microsoft.com/store/apps/9WZDNCRFJ2WL

The choice is certainly interesting on Facebook's part, keeping in mind that 8.1 is still on the vast majority of users' phones. That said, with Kantar writing off Windows in the global phone market, the move may not be so strange after all.

Thanks to Matteo in the forums for the tip!