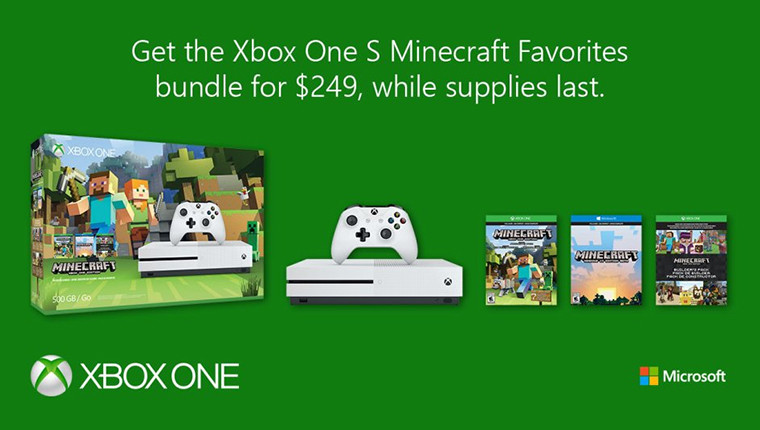 A few days ago, Microsoft's Director of Programming for Xbox Live, Larry Hryb (better known as Major Nelson) revealed via Twitter the availability of Xbox One S bundles starting at $299. One of these bundles is now available for an even lower price.

Xbox Wire has unveiled the availability of the Minecraft Favorites bundle at an even lower, $249 price point. Starting Sunday, March 26, the bundle can be purchased at all participating retailers such as Amazon.com, Target, GameStop, Best Buy, Walmart.com, and of course the Microsoft Store. This offer is only available while supplies last.

For those not familiar, included for the price is a 500 GB Xbox One S console (+ wireless controller), along with a Windows 10 and Xbox One version of Minecraft, plus the Minecraft Favorites Pack and Builder's Pack. The latter two give you access to 14 community favorite content packs.