How do sites like Facebook and Twitter make their money? Advertising, plain and simple. They aren’t the only sites that do this either. Neowin relies on advertising, as well as member subscriptions. There’s nothing sinister about these methods, but sometimes users can be inconvenienced by them, depending on how they are presented. 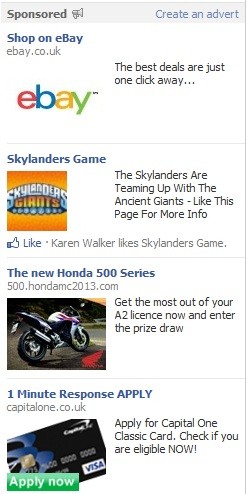 This is the way current ads are offered

So what if Facebook were to up their advertising, offering users video ads into their news feeds in addition to the static images already offered? That’s what is being planned in an attempt to take a large chunk of the millions of dollars of TV advertising money that’s spent each year.

So, what do we know so far?

Advertising agencies buy hundreds of TV spots a year and have been looking to expand their portfolio to the web. But TV-like inventory on the web is rare and ad rates at Hulu are high because of this.

At the moment, Facebook do offer adverts to the user, but they need to ‘Like’ a company’s brand to get the advert presented to you. But Ad Age executives that were interviewed have predicted that ads will be able to target users regardless of their relationship with the advertised brand/product. One of the executives said:

The assumption is that these would be widespread campaigns. They are looking to grab big chunks of money ... millions of dollars.

But there has been little word from Facebook around how the ads will be charged and whether there has been much demand for them to implement the video features. The general consensus is that advertisers have been waiting for Facebook to open up its platform to video advertising.

But it all comes back to the user at the end of the day. Would they be happy for adverts to be forced down their throats in this way?  Some of the Ad Age executives don’t think so.

There could be serious outrage.

Facebook have been contacted by Ad Age, but they are refusing to comment, for the moment at least.