The rumor of a Nokia tablet isn't anything new; we've heard various rumors and speculation regarding the potential release of one. However, the latest chatter suggests we could see one at the Mobile World Congress in February.

We know that if such device is made Nokia will be running Windows RT or Windows 8. The rumor shouldn't be taken as a positive by any means, as it comes from a supply chain in Taiwan, according to Digitimes. We know that they aren't the most reliable of sources so we're definitely not holding our breath on any announcement just yet. 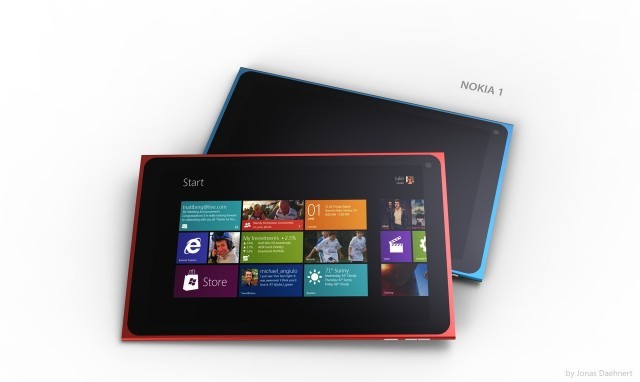 This is a fan-made mock-up created by Jonas Daehnert illustrating what a Nokia tablet may look like.

According to Digitimes, the Nokia tablet is said to offer users a 10-inch screen, and is powered by Qualcomm's S4 processor inside. It's been delayed because Microsoft surprised everyone by announcing Surface. In the time until February, it is believed that Nokia's primary focus will be on its smartphone sales.

However, we know that Nokia is working on something due to an article we published in March where Nokia's head of design Marko Ahtisaari confirmed it had a tablet in the works. So maybe this tablet is just a follow up from that story one year later, but who knows. One thing we do know is that we'll find out in February for definite.

Back in May our own Andy Weir had ideas for a Nokia Tablet concept, and asked: "Would you buy this Nokia Windows Tablet?". Little did he know then how close to reality that could well be very soon!