Thanks to the new European Playstation Blog, a short list has been revealed of some upcoming demo's and games that will be appearing on the EU Playstation Store this June.

One of the more popular and anticipated titles that will be arriving on the Playstation Store late June is Fat Princess.
For those that Haven't heard of the game, Fat Princess is a top down strategy game with shooter elements thrown into the mix. You take one of two sides in a 16vs16 brawl who fight from each teams castle and the land between. 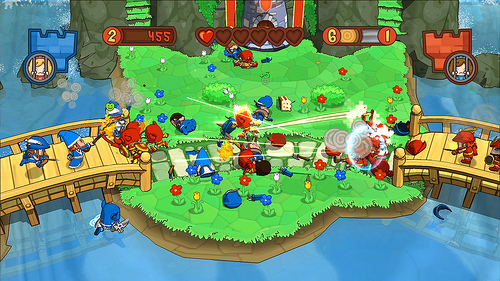 The difference here is that instead of capturing a flag, you capture the opposite teams Princess, who at the start of the match can be best described as skinny.
Through the course of the match you re tasked with feeding her cake, hence the games name sake, which increases her size and makes her harder to carry back to her own castle. meanwhile other player types involve killing each other or building up defences.

Another anticipated title to hit this year is the new Ghostbusters game, and this June the demo will be arriving on the Playstation Store Exclusively, though the reasons behind that are the recent dealings between Sony and Atari giving Sony the publishing rights to Ghostbusters in the EU region. 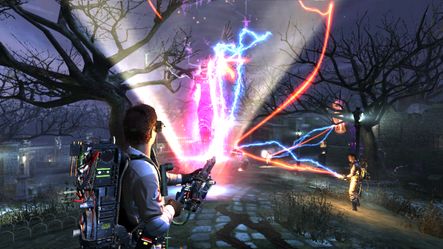 As for the PSP platform this June, there will be a number of game updates that will come will some classic PSP titles including Ape Academy 2, Everybody's Golf 2, Syphon Filter Logan's Shadow and WipEout Pulse.

There will also be smaller updates for LittleBigPlanet with costume packs, and Expect some big updates that will be coming from E3 this year.