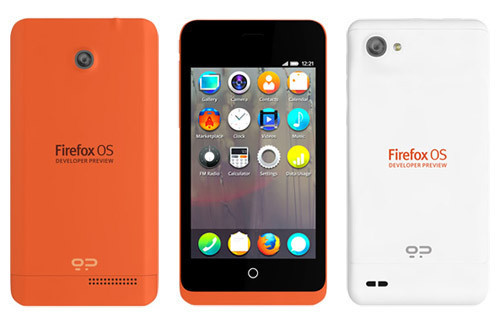 Mozilla announced earlier this year that the first smartphones that will use its Firefox OS would launch in some parts of the world later this summer. Today, Mozilla CEO Gary Kovacs revealed some more specifics about the launch timetable for Firefox OS.

AllThingsD.com reports that, as part of a presentation at the D: Dive Into Mobile conference, Kovacs stated that the first Firefox OS devices would launch this June in Venezuela and Brazil in South America, along with Spain, Portugal and Poland in Europe. 11 more countries would start selling Firefox OS smartphones by the end of 2013, according to Kovacs.

The U.S. will still have to wait until sometime in 2014 for Firefox OS products to launch. When asked why they decided to launch in smaller markets first, Kovacs stated, " ... in the short term, we’re launching in emerging markets where Firefox is particularly strong. … It didn’t make sense for us to launch a version-one device around the world."

LG, ZTE and Huawei are planning to offer smartphones based on Firefox OS, and all of them will have a version of Qualcomm's Snapdragon processor inside. Those devices are expected to be priced on the low end of the market.