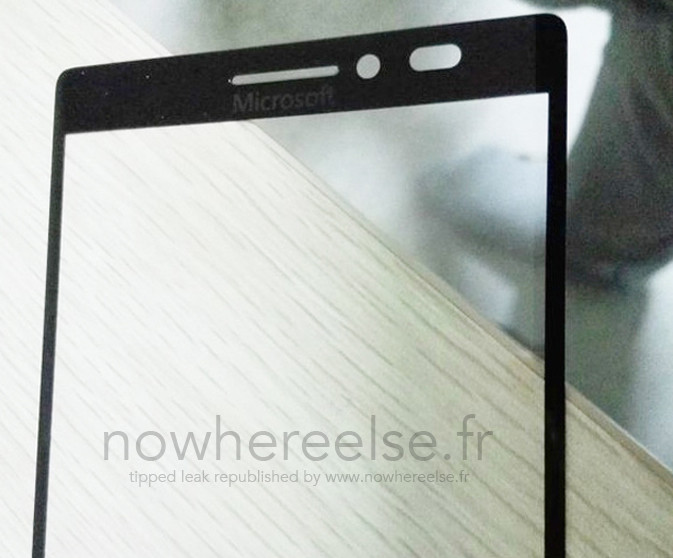 Yesterday, we reported that Microsoft would be dropping the Nokia and Windows Phone brands in favor of something simpler. Today, we could be getting our first glimpse of what could be the front bezel of an upcoming Microsoft smartphone device.

While the design is distinctly Nokia / Lumia, the handset has new branding near the earpiece that subtly displays the Microsoft name. While its unclear what device this is for, the source, Nowhereelse, has proved to be fairly reliable source of information in the past. Nowhereelse has been responsible for heavy leaks of the iPhone 6 and the unreleased iPad Air successor.

Although this could be a hoax and should be taken with a grain of salt, it could be quite some time before we are able to confirm the legitimacy of this image with an official handset release. As the flagship Lumia 1020 reaches 'end of life' status, one can only hope that the thin bezel display glass seen in this image, will somehow find its way onto the upcoming successor. Microsoft has confirmed that they are working on new camera technologies but came up short in talking about a new device.