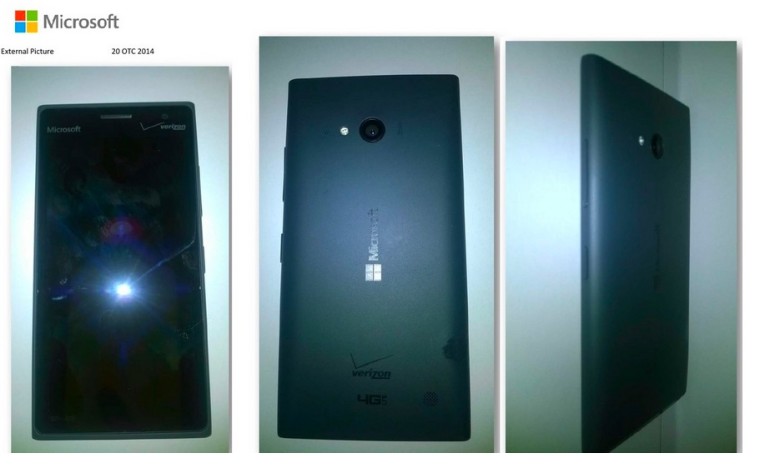 After being unveiled in September and speculation of the handsets imminent arrival, the Lumia 735 has still yet to arrive on U.S. shores. While we wait for the official word from Verizon, these new images via the FCC, give us our first glance of the upcoming Lumia 735 with Microsoft's logo headed to the US carrier.

In addition to the new Microsoft logo, Verizon has also emblazoned their carrier logo on the front and back of the device as well.