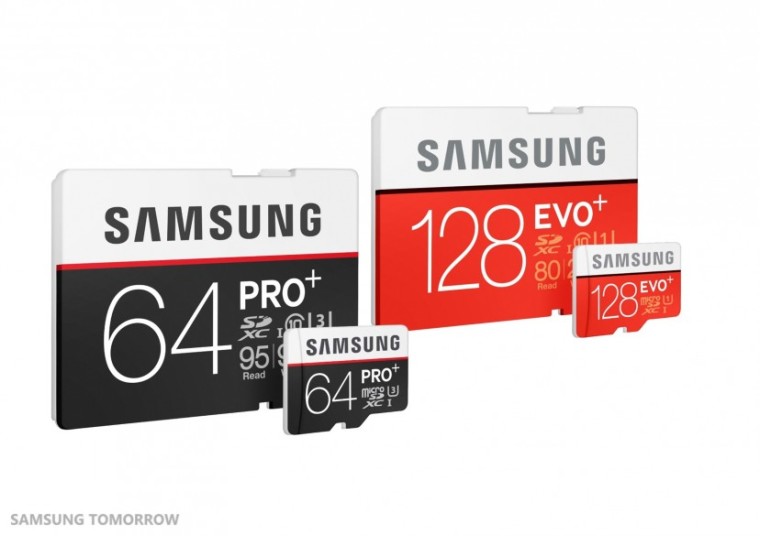 Samsung has recently unveiled its next generation EVO, EVO Plus, PRO and PRO Plus memory cards, claiming significant improvements in performance over their predecessors. The Korean giant says that the PRO series is now fast enough for storing and transferring 4K UHD video and lossless photos.

Un-Soo Kim, Senior Vice President of Branded Product Marketing and Memory Business at Samsung, has stated that the company is delivering on its promise for fast, high capacity memory storage for both consumers and professionals.

The 64GB PRO and PRO Plus versions are able to store up to 110 minutes of 4K UHD video or 490 minutes of 1080p video. They can achieve read and write speeds of up to 95MB/s and 90MB/s respectively. They are like Samsung's 850 Pro SSDs, in that they are targeted at professionals, and are thus more expensive.

The EVO and EVO Plus have slightly slower read speeds of 80MB/s, and can only write up to 20MB/s. They will be offered in 32, 64, and 128GB versions. Just like Samsung's 850 EVO SSDs, they offer a better price/GB ratio, while compromising on speed, which is why it is targeted at consumers.

In addition to being faster, the Plus versions of the memory cards are waterproof, X-ray proof, magnetic proof and shock proof. Samsung has announced that the microSD cards will be available starting this month, with SD cards soon to follow.