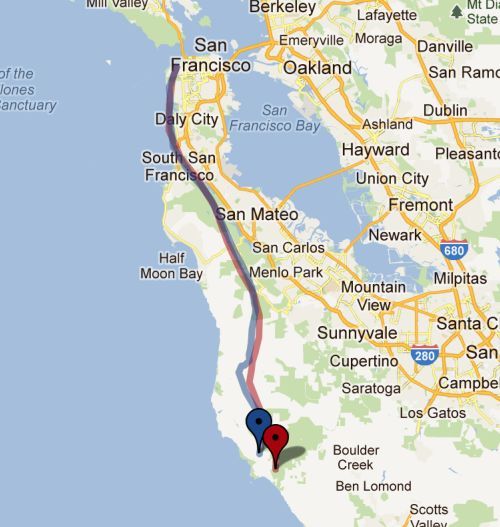 It sounded like a good idea at the time. Developer BioWare and publisher Electronic Arts wanted to give a few fans a chance to get the long awaited sci-fi RPG Mass Effect 3 earlier than its scheduled March 6 release date.

The plan? Launch copies of the game into "space" via a high altitude balloon in several locations around the world. Fans could track the balloons' progress on the Mass Effect web site and if they were the first to retrieve the balloon when it landed they could keep the game.

Those plans got off to a shaky start on Thursday when EA released two balloons with copies of Mass Effect 3 from San Francisco. As reported by G4TV.com, the balloons made landfall later on Thursday in two rural and awkward locations south of the city. One landed in the high branches of a redwood tree while the other is reportedly on an inaccessible cliff.

BioWare was clearly afraid someone might try to get the Mass Effect 3 copies at the expense of their own lives. In a Twitter message from BioWare's David Silverman, he stated, "Balloon 1 is on a cliff somewhere or on top of a Redwood. Please do not kill yourself for these."

Today, another balloon took off from Las Vegas and has apparently landed somewhere in the desert south of the city. The official Mass Effect Twitter page has been keeping track and as of the writing of this post it looks like this package will in fact be retrieved by someone.

Tomorrow, two balloons with a Mass Effect 3 game package will launch in New York City, followed by two more from London on Monday and another two balloons in Berlin on Wednesday.