Microsoft enthusiast and blogger Stephen Chapman sends word that he has discovered an early concept Office 14 screenshot from a PowerPoint presentation hosted on Microsoft.com.

The screenshot itself appears to be from a slide deck detailing Grava's intergration into Office 14. Grava is a set of tools developed for the needs of those creating educational content. Stephen says he "noticed that instead of the Office logo in the orb, there's a 'G' to obviously signify Grava, so does this mean we're looking at a standalone Grava application or a conceptual idea for how the interface of Office might change to signify the user is currently using Grava? If nothing else, we can see the ribbon influence in yet another application and further indication that the ribbon is certainly not going away in Office 14."

You can see from the screenshot that the ribbon UI is slightly refined and image controls have been placed into the taskbar. Microsoft has kept quiet on Office 14 plans and many have speculated that development has been delayed for a 2010 release. 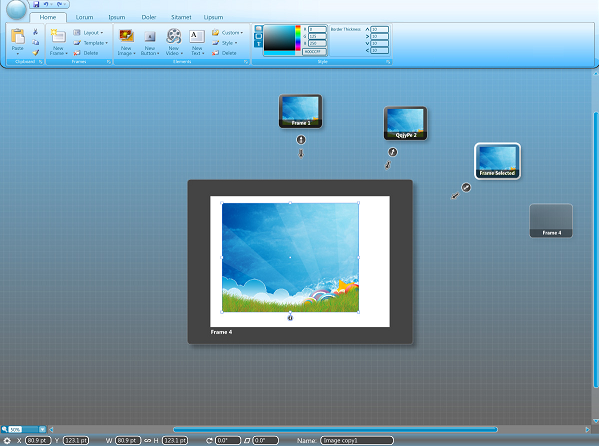