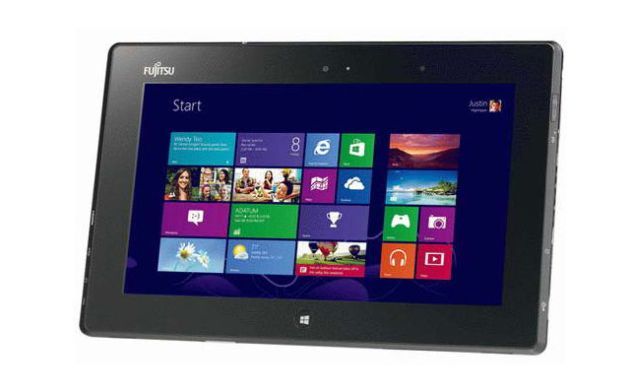 Earlier this month, AMD officially revealed its new Z-60 APU, which it says has been made especially for Windows 8-based tablets. This week, the first such tablet that will have the chip inside was revealed. It's the Fujitsu Stylistic Q572, a 10.1 inch product that, on the surface, looks to be a standard tablet in terms of features and pretty damn ugly.

The 1.6 pound tablet will come with 4 GB of RAM, a 10 point touch screen, a five megapixel rear camera, a front facing camera, two USB 2.0 ports, an HDMI port, an SD card slot and a removable battery. Hard drive sizes range from 64 to 256 GB. Pricing and a launch date for the Fujitsu Stylistic Q572 have yet to be announced.

When it first revealed the Z-60 APU, AMD claimed that Windows 8 tablets that had the processor built inside would be cheaper than those made by its rival Intel. However, Intel seems to have the upper hand in the Windows 8 tablet race. A large number of OEMs will be releasing tablets based on either its standard Core processors or its new "Clover Trail" Atom processor for the Windows 8 launch date on Friday.