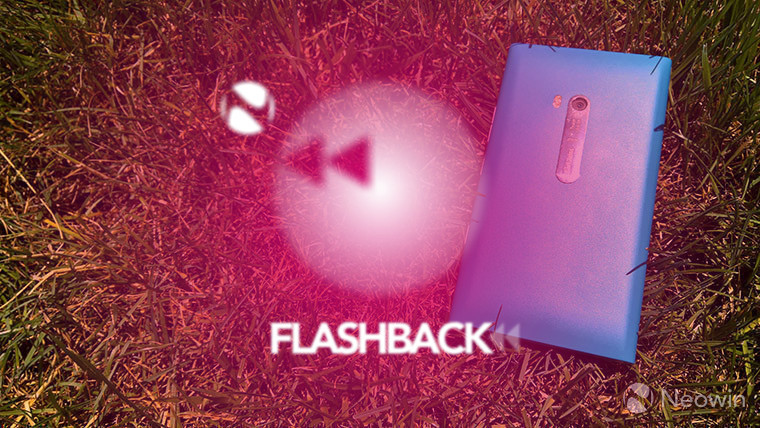 The month was April 2012. Almost two years earlier, Microsoft had held a mock funeral for the iPhone with high hopes for Windows Phone 7 Series. Now, Nokia declared that the smartphone beta test was over, launching the Lumia 900, the company's second Windows Phone.

If you think that the timing was a bit off to make such a bold statement, you’re not wrong. Windows Phone 8 – and the new flagship Lumia 920 – was just five months away, but that didn’t stop Nokia from launching this Windows Phone 7.5 beauty.

And a beauty it was. The Lumia 900 was classic Nokia design. Offered in black, white, cyan, and magenta, the buttons and camera strip were a polished chrome. No one could say that Nokia’s polycarbonate devices looked cheap.

Of course, there was a physical camera button as well, something that any longtime Lumia-lover will appreciate.

Hardware, performance, and the OS

The chipset was a Snapdragon S2, a single-core 1.4GHz Scorpion alongside an Adreno 205 GPU. That’s nothing by today’s standards, but power up a Lumia 900 today and it’s still blazingly fast. In fact, it’s probably faster than many of today’s flagships.

Of course, it’s much easier to streamline an OS when you leave out basic features, such as the ability to take screenshots or resize tiles. We Windows phone users prefer to call this lack of features "light".

Visually, Windows Phone 7.5 was similar to its successor, Windows Phone 8, with the exception of a black bar on the right side of the screen that went mostly unused. The Settings menu was entirely text-based, the Store had a metro design, and tiles could be pinned and unpinned from the Start screen.

Windows Phone 7.8 - the next and final update for WP7 devices - made the design even more similar to Windows Phone 8 by allowing for resizeable tiles and getting rid of that artsy useless black bar. Of course, while it now looked like Windows Phone 8, it couldn't run WP8 apps. You can think of it in terms of Windows RT 8.1 Update 3, except for phones.

We can also attribute the lack of upgrades to system requirements. All Windows Phone 7 devices used single-core processors. Windows Phone 8 (until Update 3) exclusively supported three variants of the dual-core Snapdragon S4 Plus chipset.

The camera on the Lumia 900 was to be one of the best that the Windows Phone platform had to offer. Of course, these were the dark ages of April 2012, so Pureview wasn't a thing on Windows Phone yet (again, that would come five months later with the Lumia 920).

The rear camera was 8 megapixels of Carl Zeiss optics. There was no optical image stabilization (OIS). If there was, it would have been Pureview. The front camera was a whopping 1.3MP.

Keep in mind that this was a time before Lumia Camera, or even Nokia Camera. At the time, all you had was the stock Camera app and anything you could find in the Marketplace. I'd show you a screenshot, but of course, Windows Phone 7.5 didn't have that functionality.

Sure, by today's standards, the Lumia 900's camera wasn't great. Low-light performance is nothing special, the metering could be better, and some of the photos might seem a bit warm.

The device does have something in common with Lumias that have come since then. It worked with what it had. It's like how you managed to take that surprisingly beautiful photo with your Lumia 520. The hardware might not be as good, but the software does the best that it can.

Windows Phone 7.5 was a delight to use. There was so much that was unique about it, and it felt good. Those 'metro' elements are mostly gone now in Windows 10 Mobile, and to be honest, the OS has been talked about enough.

Let's talk about pre-installed apps, because if you've only been using a Windows phone for two years or so, these will be completely foreign to you. We have apps like Creative Studio, Nokia Music, Nokia Maps, and Nokia Drive. It's also missing some key Microsoft services, such as Skype.

Rather than Color Pop and blur, we have 'face warps' and 'live styles'. You could also import a photo and adjust things like sharpness, color, and exposure - or you could add a filter.

Remember MixRadio? The beloved service is gone now, but before it left us, it was preinstalled on all Lumias; however, before MixRadio, it was called Nokia Music.

At the time, MixRadio wasn't really a thing. Part of Nokia Music was listed as 'mix radio', alongside 'my music', 'create a mix', 'offline', and 'gigs'. Of course, the app doesn't work anymore.

There was also a Music + Videos app, which would later be split into Xbox Music and Xbox Video, and later rebranded to Groove Music and Movies and TV, respectively. Music + Videos came with the friendly Zune logo that we all remember.

Of course, this was 2012. Did you think you could open the app and find all of your purchased music and movies there? You silly fool. This was a time when we had to﻿ sync to a PC to do anything like that.

These devices also required a wired connection with a PC to update the OS. This made it easy for me to keep my Lumia 900 on Windows Phone 7.5; today, an OTA update would consistently bug me with a notification to upgrade to 7.8.

The Nokia Lumia 900 was a wonderful device, and to be honest, it still is. Obviously, that can mostly be attributed to the fact that it was never upgraded to a version of the OS that would use more resources, but it's certainly something that Windows phone fans can look back upon with nostalgia.

Of course, when I call it a wonderful device, I mean that it's great to use and play with for a bit. I'm certainly not recommending that you go out and buy one to make it your daily driver.

After all, the selection of apps is terrible. Next time you're complaining about the apps that are available for Windows phones, go and pick up a Windows Phone 7 device.

While the device is certainly a fun one to play with and explore the roots of the platform that we all know and love, Nokia was definitely being hyperbolic (perhaps not on purpose) when declaring that the smartphone beta test is over.

When considering that perspective and the fact that Nokia clearly had the Lumia 920 deep into the pipeline when the Lumia 900 was announced, the Lumia 900 seems like a throwaway device, rather than the end of some arbitrary beta test.