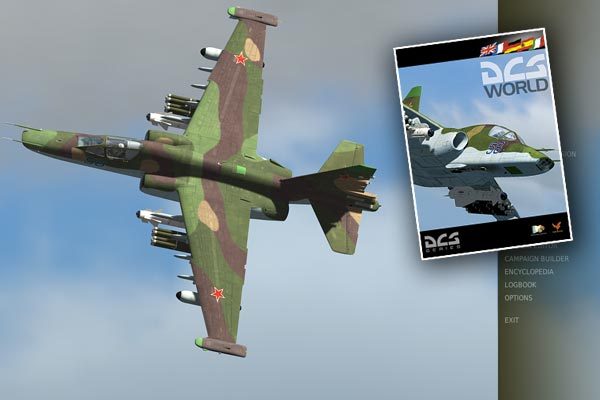 One of the few companies that still create real flight simulation titles for PC, Eagle Dynamics has invested in the creation of titles as KA-50 Black Shark or A-10C Warthog, and the recent P-51D Mustang, all in their DCS series.

Now they've created a unified interface for all DCS products. It's called DCS World and can be looked upon as a simulation operating system. DCS modules that can plug into DCS World can include aircraft, maps, ground units, campaigns, etc. Not only can DCS World include modules developed internally by Eagle Dynamics, but it can also include those by certified third party developers.

DCS World not only includes the Graphical User Interface (GUI) that ties all DCS products together in a single installation, but it also includes the global aspects of the simulation world that pertains to all modules. This includes such items as the Artificial Intelligence (AI), rendering system, mission editor, effects, AI units, semi-dynamic campaign system, and audio environment.

Eagle Dynamics states that "when a user purchases a DCS module, the module only includes content specific to that module. Thus, it requires DCS World to run."

The Su-25T is a Russian dedicated antitank version of the Su-25 aircraft family, which makes sense in a simulator series that also has the American A-10C Warthog.

The version 1.2.0 of DCS World (English download version) available is 4.92 GB distributed across four files that can be downloaded following the link to the DCS page on the company website.