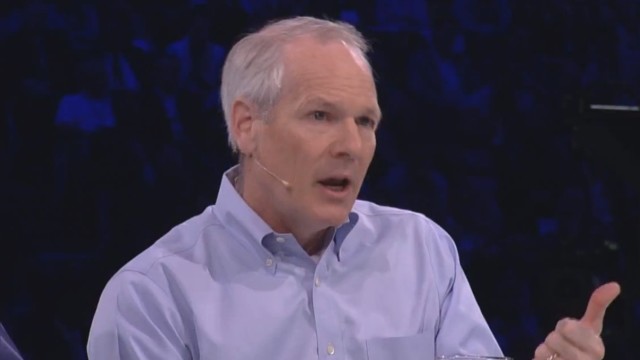 Kurt DelBene, the former president of Microsoft's Office division, will soon oversee the U.S. government's troubled Healthcare.gov website, according to a news release from his former company.

Though DelBene comes from the private sector, he has ties to the government. His wife, Suzan DelBene, is a sitting U.S. congresswoman, representing Washington's 1st Congressional District as a Democrat. She is also a former Microsoft employee, having worked at the company for more than 10 years primarily in business and marketing roles.

Microsoft co-founder Bill Gates noted DelBene's ability to lead large teams in the company's press release, a trait that will be necessary in his new role, given the amount of private sector companies working on the website.

"Working with Kurt over many years, I know him to be a passionate advocate for using technology to solve difficult problems at scale," Gates said. "He brings deep expertise as a manager and engineer to his new responsibilities. I'm certain he'll make an important positive contribution in his new role with HHS."

Healthcare.gov suffered from crippling bugs and crashes when it first launched in October, though its problems have largely subsided in recent weeks thanks to government contractors working around the clock to fix the problems. Users are still experiencing some issues, however, which Sebelius said she hopes will be resolved with a "focus on increasing system stability, redundancy and capacity, and building on improvements to the user interface, while continuing to prioritize security and privacy issues in line with industry best practices."