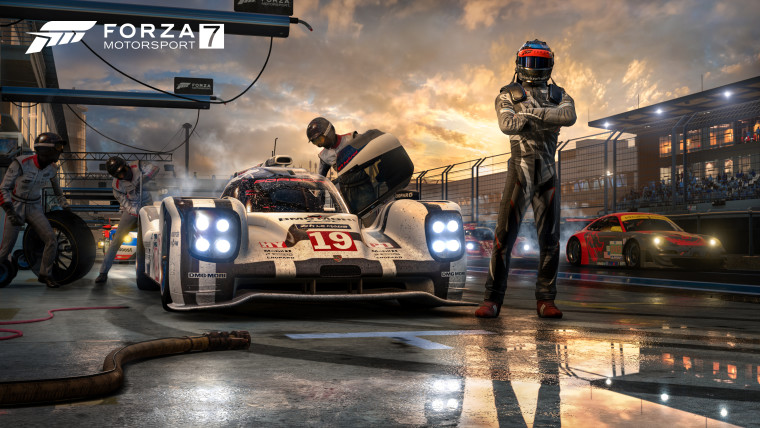 Last week Forza Motorsport 7 launched worldwide on Xbox One and Windows 10 - here is our full review - and it seems that it has jumped off with a decent enough start in the UK. GFK Chart-Track, the research group monitoring game sales among other things, reported that the latest in the series grabbed the second spot - similar to its predecessor two years ago - with physical copy sales down slightly in comparison. It has to be noted, that the game launched on the last day sales were counted for the week, so this only reflects those sold on October 7.

However, what could be the most surprising is the fact that Forza Horizon 3 grabbed the third spot, reportedly due to several bundle deals, including the Forza Hot Wheels offer currently on sale in the UK. The aforementioned expansion to the critically acclaimed open-world racer, launched earlier this year, giving players access to several classic Hot Wheels racers, and a new map. However, neither of these two games could outsell the juggernaut that is FIFA 18, which easily took the top spot for the second week running.

The Forza franchise is currently played by approximately five million gamers monthly, according to Dan Greenawalt, and as shown with Forza Horizon 3 appearing in the chart, even the year-old game continues to grab a significant chunk of sales in comparison to its peers. Project Cars 2, the latest instalment of the simulation racer from Slightly Mad Studios came in at number 15 - down from number 7 - after it launched last month.

Forza Motorsport 7 shipped on October 7 and features 700 cars including the Porsche 911 GT2 RS which the developer unveiled at E3 2017. The game is currently available on Windows 10 and Xbox One, and is Play Anywhere compatible.