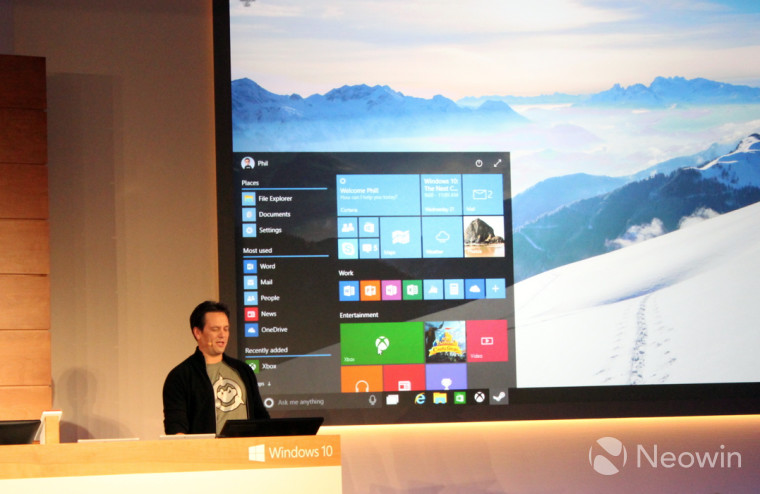 More importantly, we also saw how the Start menu used transparency in a demo build at the January event, and Gabe Aul has now confirmed that "Transparency is coming."

This statement could indicate that it will arrive with the new insider build, as we don't think this refers to just the taskbar, which is also no longer transparent in the test builds.

@zapellat Yes, I've checked this out and shared internally.

In addition, Gabe tweeted yesterday that the Windows 10 Explorer concept we shared on Tuesday has also been passed around internally at Microsoft. While we don't know if Microsoft will take ideas from it, it at least seems to suggest that the voting process (now at 9,641 votes) for Windows Feature suggestions really is worth engaging in.