The police in Germany have recently raided 121 homes in a massive piracy crackdown on the popular linking site Boerse.bz. That site is allegedly offering more than 100,000 files which includes 61,776 movies, more than 13,650 TV shows and other music, software and e-book files without permission from the right-holders according to GVU.

Cologne Public Prosecutor has announced that the 121 homes raided by a task force of over 400 police officers is believed to be linked to active uploaders of the site. However, they have refrained from making any arrests right now. The police are currently busy gathering evidence which includes a considerable number of hard drives, computers and other external storage media.

The police shared this image of the content seized during the anti-piracy raid: 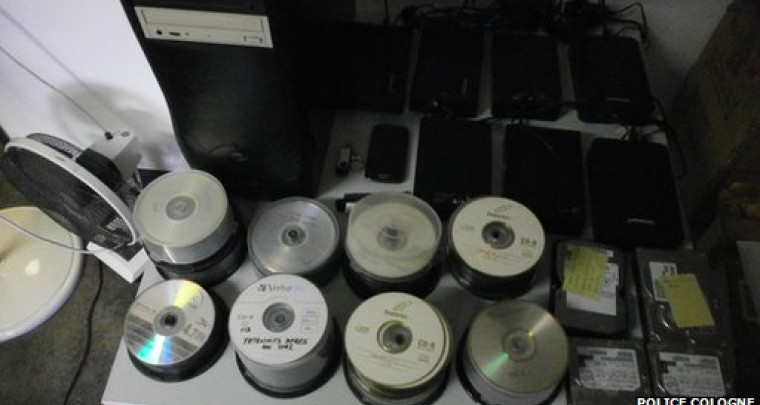 Most of the evidence provided was by GVU who claims that Boerse is a "highly structured operation with a clear division of labor."

The German police further stated that some of the suspects are willing to cooperate:

"The investigating authorities are hoping to gain further insights into the piracy scene on the evaluation of the evidence."

Despite the massive anti-piracy raid by the German police, Boerse remains online after switching to a new provider with the alleged operators of the site on the run.