According to BumpTop's website, the 3D desktop environment company has been purchased by Google for an undisclosed sum of money. Due to the acquisition, BumpTop will no longer be available for public consumption. However, the company is allowing its software to be downloaded for one more week, before it's removed from the Internet. You can download the application at bumptop.com/download.

BumpTop's goal is to provide a real desktop feel, within the virtual computer desktop. In doing so, the software gives you a 3D view of you desktop, allowing you to manipulate files and folders as you would in the real world. There are many gestures and actions that can be taken to manipulate files within the 3D environment.

Speculation remains as to what Google plans to do with BumpTop. It's possible that BumpTop could make its way to a tablet device in the near future. It's also possible that the technology would be integrated into Android or Chrome OS. Google has yet to make a formal statement regarding the acquisition. 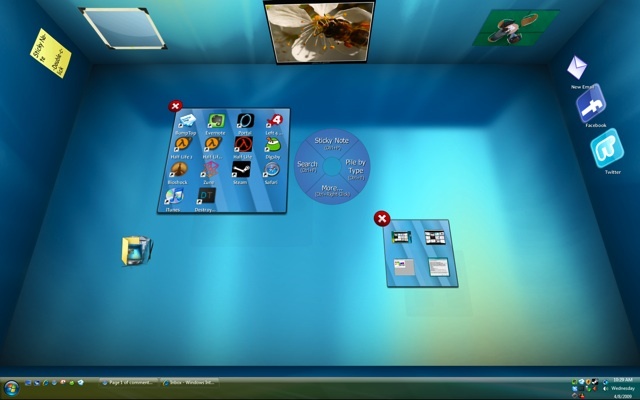