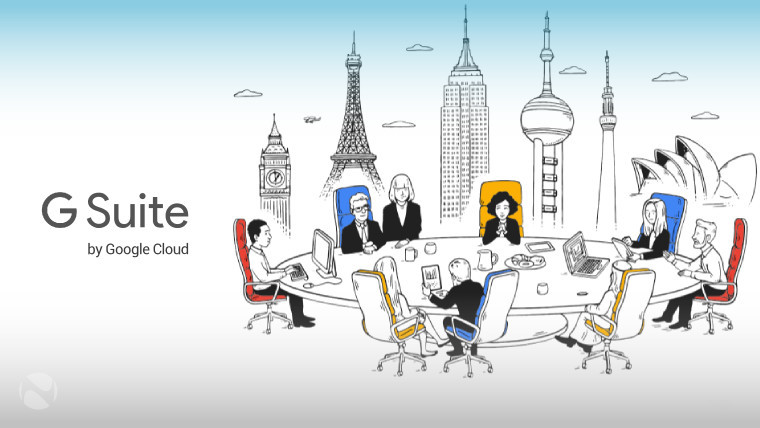 The proliferation of diverse collaboration tools often makes it hard for cross-organizational teams to work with one another. Thankfully, some modern solutions such as Google's G Suite aim to help address those interoperability challenges. If you're on G Suite, you might be pleased to know that several tools under the cloud-based productivity suite are about to receive a host of fresh integrations in the coming months.

Rany Ng, Google's director of product management for G Suite, has announced in a blog post that teams will soon be able to use their preferred video conferencing systems such as Cisco and Polycom to join a meeting on Hangouts Meet, the enterprise version of Hangouts launched last year. The open-source partnership between Google and Cisco dates back to 2015 when the two companies - along with Amazon, Intel, Microsoft, Mozilla, and Netflix - formed an alliance to build an open-source media format that offers high-quality audio, imagery, streaming, and video to users worldwide.

Google developed the new integration in partnership with Pexip, which provides cross-platform video collaboration tools to organizations. Additionally, Microsoft's Skype for Business software will also be compatible with Hangouts Meet as part of the integration, allowing users to join a Meet call directly from their Skype for Business app. 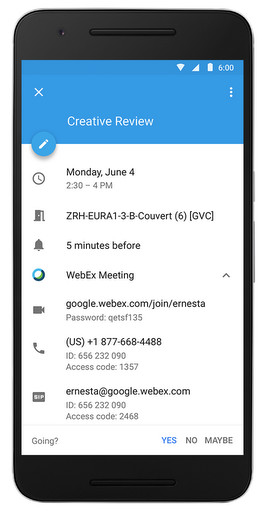 Ng also announced that Google Calendar will soon add support for third-party conferencing to help conference providers develop native add-ons for creating, viewing, and joining a video conference directly from a Calendar event. This will allow users to join a conference on the web or mobile by just clicking a link in the Calendar invite, no downloads or plug-ins required. Third-party companies that are building add-ons for Google Calendar include Cisco Webex, Arkadin, GoToMeeting, LogMeIn, Dialpad, RingCentral, Vidyo, and Vonage. In the coming months, those conferencing add-ons will be available to download from the G Suite Marketplace.

Google will also make it easy for G Suite users to book resources such as rooms and equipment stored in Microsoft Exchange and Office 365 in the coming months after the search giant added the ability to view schedule availability across Google Calendar and Microsoft Exchange last year.

Other G Suite-related updates that will arrive in the near future include the ability to communicate with teams from other organizations in Hangouts Chat and to import content from SAP systems directly into Google Sheets.