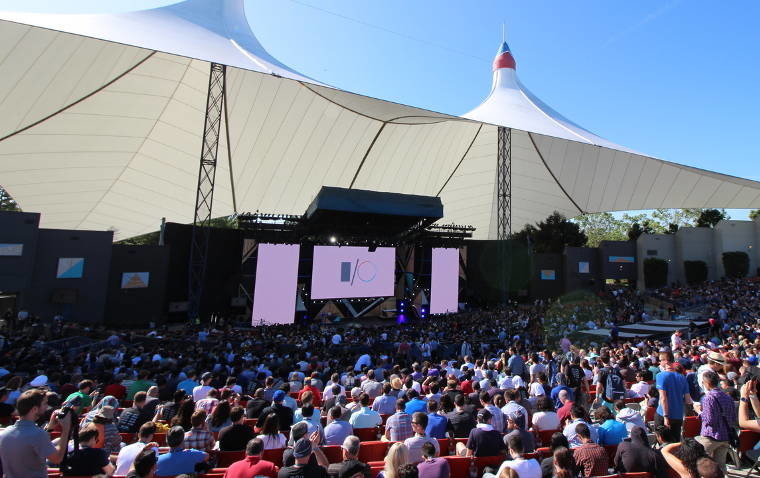 A quick check-in at the Google I/O 2017 event page won’t reveal much right now, just a message reading “Check back soon for more details.” and the I/O logo. Google has announced the time and place for this year’s event. The venue should see a larger number of developers and press in attendance than if it was held at the Moscone Events Center in San Francisco.

This year the developer conference will be located at the Shoreline Amphitheatre in Mountain View, California, and will run over three days: May 17, 18, and 19. It’ll mark the second time that the event has been held at the venue, the first time was last year.

The details were cryptically hidden by Google. Its Firebase Twitter account posted the following riddle, which some guys over at Hacker News were able to figure out.

Around the world, from here to there, to the most clever minds, the secret will share. #googledevs #savethedate https://t.co/DWtwrxnPzH pic.twitter.com/F4DFGjj0Xx

What we will see at I/O 2017 is anyone’s guess but we can almost guarantee that a new version of Android will be shown off.