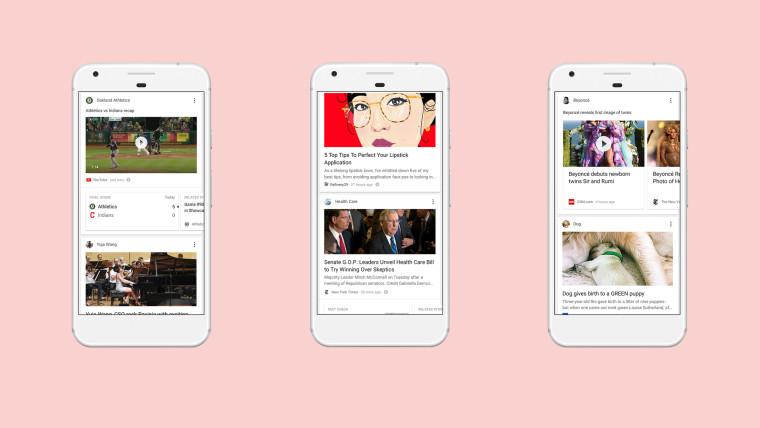 Google has enhanced its Android and iOS app with a personalized news feed, that is similar to the Google Now launcher pane on Android. The feed will present personalized content to users based on their selected topics and populate content from Google-linked services as well.

The Google app on Android and iOS already greeted users with weather and news updates, but now it is getting more advanced with personalized content and the ability to pick and choose the topics that are shown there.

With Google Now slowly fading away with the release of Google Assistant, the features which were introduced in it seem to be coming to other apps such as the Google app. According to TechCrunch, the Google homepage on the desktop and mobile web is also expected to receive similar features, but the details about it are not available yet.

Users in the US can enjoy the updated news feed in the Google app on Android and iOS right now. Those in other countries will have to wait longer as the global rollout is expected to complete in a couple of weeks. If you haven't used the app before, you can check it out on the App Store or the Play Store.