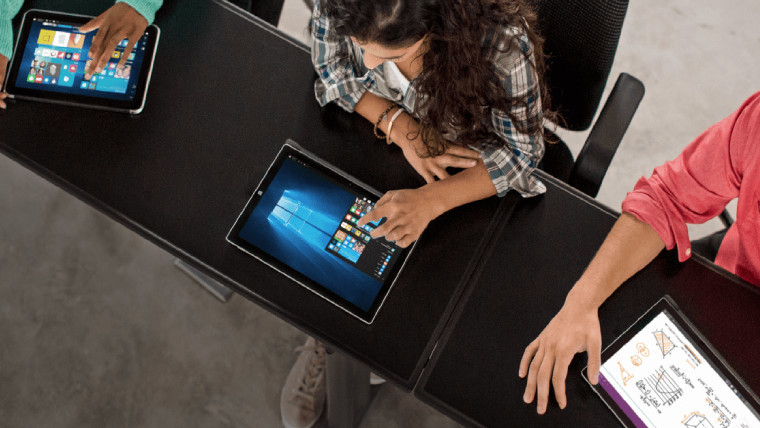 The latest tracking stats for Windows devices have been released by advertising network AdDuplex, which monitors usage across its network to create a detailed monthly breakdown of Microsoft's mobile ecosystem, along with key details on usage of Windows 10 PCs. Each month, the reports capture a snapshot of worldwide usage across one 24-hour period - in this case, July 18, 2017.

Perhaps the most significant takeaway from this month's data is that the Creators Update is now the most widely used version of Windows 10 on PCs (including 2-in-1s, tablets, and other devices with the Windows 10 desktop). The Creators Update, which Microsoft began rolling out to PCs in April, has passed an important milestone, reaching over 50% of Windows 10 PCs - a significant increase compared with last month, when that figure stood at 35.7%.

The proportion of Windows Insiders running the latest preview builds from the Redstone 3 development branch - which will become the Fall Creators Update (or Autumn Creators Update) later this year - remains the same at 0.4%.

Most manufacturers are somewhere around that 50% mark for the Creators Update. Toshiba and Sony have the lowest percentage - around 40% - of their PCs on the newest version of the OS, while MSI is far ahead, with 65%.

The data paints an interesting picture of Creators Update installations on Microsoft's Surface devices. Almost three-quarters of Surface Books have been upgraded to the CU, but less than 60% of Surface Pro 4 tablets have received the update so far, with the much older Surface Pro 2 very close behind.

The big surprise here is that just 18% of Surface Pro 3s have received the Creators Update - the lowest percentage of any Surface device by a long way. AdDuplex speculates that there may be some undisclosed 'compatibility issue' with the Surface Pro 3 that has prevented Microsoft from making the update more widely available to that device.

The Surface Pro 3 is still the second most widely-used Surface device, while the Pro 4 is the most popular, accounting for just under 41% of all Surface machines in use. Curiously, the two-year-old Surface 3 has actually risen from 12.1% in June, to 13.2% this month - possibly as a result of recent availability of refurbished units.

The new Surface Pro tablet got off to a very strong start last month, grabbing 2.2% of the Surface hardware ecosystem. But there hasn't been much movement in the weeks since then, as it now stands at 2.4%. The new Surface Laptop also grew from 0.4% to 0.6% compared with last month, while the Surface Studio rose from 0.1% to 0.2% over the same period.