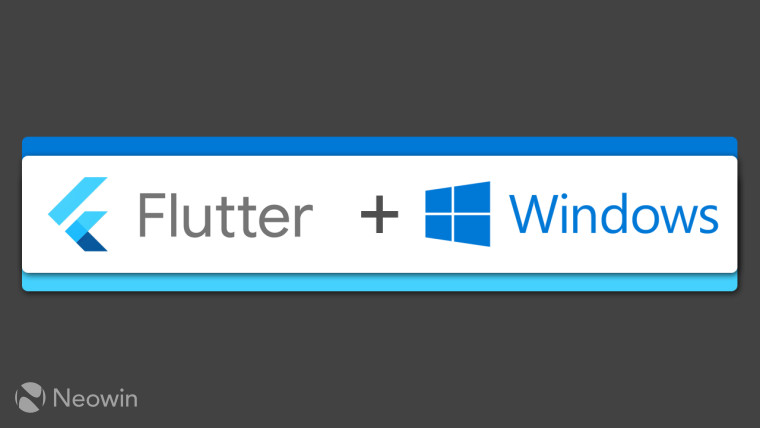 Just a day after popular Apple-developed programming language Swift made it to Windows, Google has announced that it is bringing Flutter – its open-source, cross-platform framework – to Windows in Alpha form. The search giant has been working to bring the development platform to Windows for some time and there has even been a technical preview since June. The Alpha is supported on Windows 7 and newer.

Flutter provides developers the ability to reuse code when building apps for multiple platforms while also leveraging the native capabilities of each platform. The Mountain View giant says that as per its own statistics, more than half of Flutter developers use Windows and that the addition of support for native desktop elements and APIs further expands the reach of the cross-platform framework.

While the platform began with touch-based OSes like iOS and Android, it has added support for other input methods such as keyboards, mice, and more, while also adapting for larger screen sizes. This also includes support for plugins that work in unison with native code, bringing more capabilities to apps developed using the framework. The list of added components for the alpha version includes:

The company has also created sample apps for developers to reference, which can be downloaded from GitHub here. Interested users can also head here to read more about how the app was built. The firm has also updated the Flutter Gallery app with support for desktop platforms to exhibit the prowess of the framework. The Flutter SDK can be downloaded from here. Google also recommends that developers read the additional requirements here and has provided a detailed document on getting started in its blog post.

The firm has also created a few plugins, such as the URL launcher for launching URLs in the browser from Flutter apps, and more. Developers can also build their own plugins for Windows. There are various other resources that have been listed in the document here.

With the Alpha release now out, Google says that it is working towards “completing the feature set and stabilizing the product for release”. It is working to improve “accessibility, globalization and localization, enhanced keyboard and text handling, support for command line arguments, and more”.