Google I/O has become known for its fairly generous support for developers by handing out gifts to its attendees. As the keynote for I/O 2014 was concluding, attendees became excited with the prospect of leaving Moscone Center with lavish devices like smartphones, laptops, or tablets. Interestingly, Google decided to hand out something a bit more modest this year, when it announced to its attendees that they would be receiving Cardboard. While this left most attendees confused, they soon understood what Google was talking about and why it was a perfect giveaway. 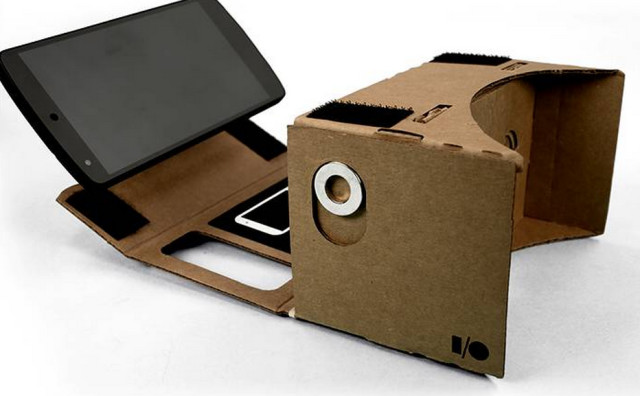 While you might be shaking your head, Cardboard is actually a fairly neat piece of equipment. Traditionally, in order to experience VR, you’ve had to invest in expensive equipment or experience it at a convention or trade show. Google has brought that experience home, in an inexpensive project that will allow smartphone owners a chance to experience it. Cardboard is a do-it-yourself kit that comes with all the pieces you will need to create your own virtual reality headset. That's right, this simple piece of cardboard, when built, will become a fully functional VR headset. It does this by utilizing your Android device, a couple of very clever, but inexpensive hardware pieces, and a VR app. 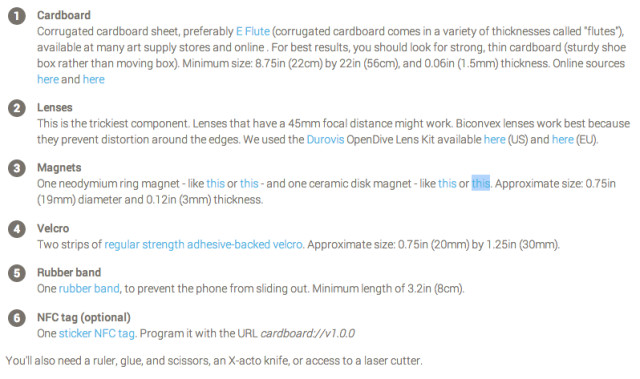 When built, you will be able to experience a handful of VR demos just like people at Google I/O. But, how do you get your hands on this device if you weren't in attendance at I/O? Luckily, Google has made the schematics available so you can create your own at home. First, you must have an Android handset. This works best with a cell phone like the Nexus 5. Next, you will need to purchase a couple of components that are available either online or from your local hardware store. The links to these items are available on Google's Cardboard website. After you've carefully constructed the device, you will slide your phone into the front of the device with the Cardboard VR app installed, and starting experiencing VR on the cheap. 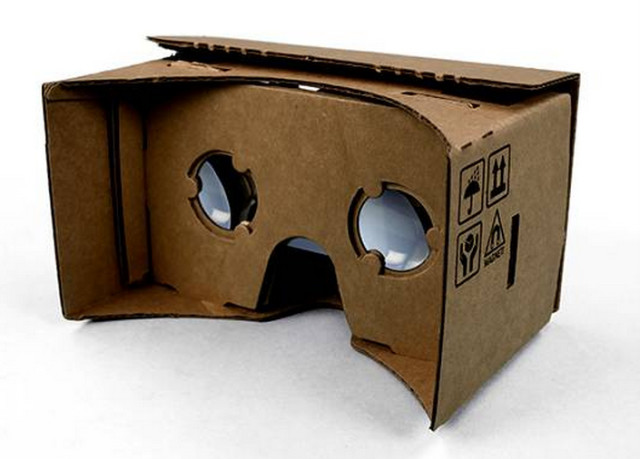 While this might seem like a fun toy, Google is actually experimenting with VR and is focused on improving the experience. Although this is a small step, it's a giant step for virtual reality that could lead to a whole new movement in VR and how its consumed. By getting virtual reality into more hands, it will create a broader audience that could push the technology to the next level.