While Larry Page and Sergey Brin may have registered the Google.com domain name in 1997, the company behind the search engine was formed sometime in September 1998. Google has since decided to celebrate its birthday on the date of September 27th, and this year is no exception as the company turns 15 years old.

The Google.com URL is celebrating with an interactive logo doodle that lets users control the second "g" in the company's name as it attempts to hit a pinata. Users can keep playing the doodle in order to get the highest score possible.

Google has certainly come a long way since Page and Brin officially formed the company in the garage of Susan Wojcicki, now also a Google employee, in Menlo Park, California. The company at first concentrated on offering the best search engine on the Internet and it still dominates in terms of search market share worldwide, despite attempts by Microsoft to go after it with Bing.

Since then, the company has expanded its reach, most notably with its Android mobile operating system. It's also made headway into launching hardware products like its own smartphones along with tablets and Chromebooks. Most recently, it announced a new subsidiary, Calico, which is aiming to help extend human life. 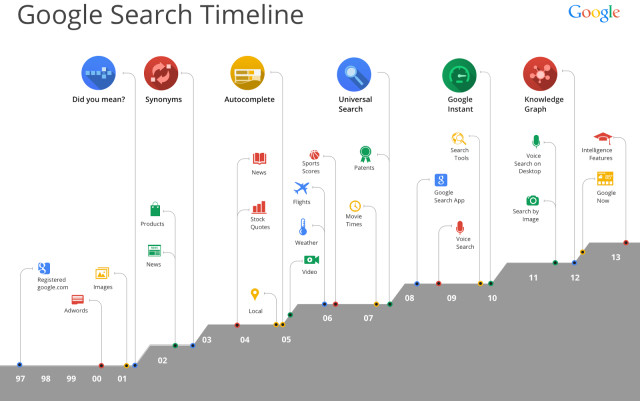 On Thursday, as part of its 15th anniversary, Google announced in an event to reporters that it had launched a new update to its Internet search algorithm, code name Hummingbird. According to Forbes, this is the first major change in Google's search since 2010. The changes shouldn't be noticed by most people, but the new Hummingbird algorithm was put in place as a way for Google to deal with the more complex search queries that it is having to deal with, especially as people are speaking into their smartphones more and more to find things on the Internet.

For example, the new Hummingbird algorithm should allow users to type or speak a question like, "Where is the nearest movie theater?" and get the right answer, if you allow your location to be used.