Yesterday we reported about yet another glitch in Apple Maps that directed drivers onto an active runway at Alaska's Fairbanks International Airport. 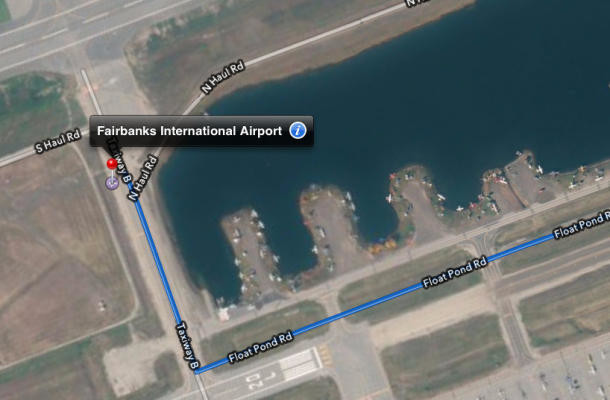 The glitch on Apple Maps.

The glitch in Apple Maps resulted in at least two drivers between Sept. 6 and last Friday actually driving onto the runway, only being stopped short by airport authorities before an accident could happen.

Apple had promised to update the app, but as of yesterday that update has yet to be applied; the airport has since barricaded the entrance to the runway.

Did you know there’s an App for that? #Apple https://t.co/VkiiS5fvmo pic.twitter.com/InemRHY6Cu

Shortly after the news circulated on the Interwebs, Nokia posted the Tweet above taking a jab at their Maps app, with what appears to be the correct route to the terminal building.