In June 2012, Google's Australian office launched a partnership with LEGO for a cool Chrome experiment. Basically, anyone with a desktop Chrome browser could build virtual LEGO structures and then place them anywhere on an Australian Google Map. Today, the company announced an expansion of that project that lets people build their LEGO creations anywhere in the virtual world. 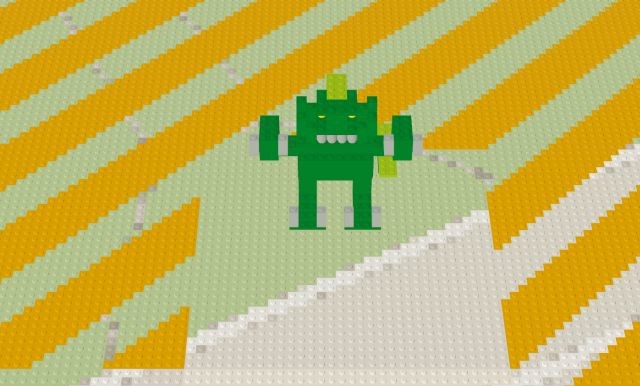 As with the original Australian version, users are presented with a selection of LEGO blocks and a small piece of "land" to make pretty much whatever they want. The official Google blog states that the WebGL-based Build With Chrome project will also work with some Android-based smartphones and tablets that meet the system requirements. If users want to simply look for some cool looking LEGO creations, there are now categories that can be searched to see what other interesting creations others have come up with, such as buildings, vehicles or even characters like the Godzilla-like monster pictured above.

Build For Chrome also supports Google+, which means people who sign into their account can quickly find what LEGO structures have been made by their circle of friends. Finally, for people who feel afraid of just jumping in and building, there's also a BUILD Academy tutorial that will offer assistance via designs based on the upcoming animated film "The LEGO Movie."