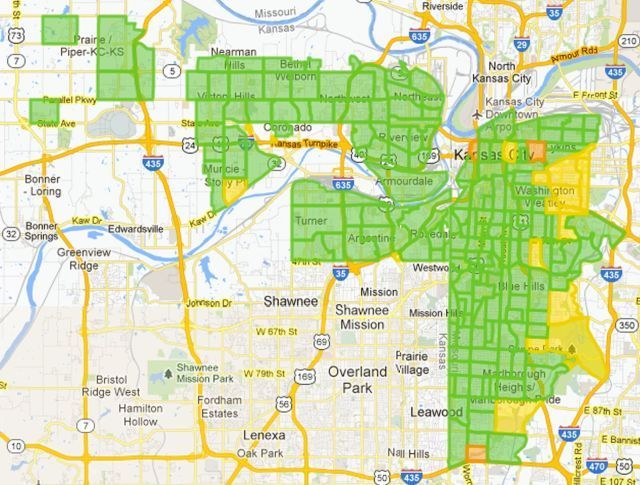 A few days ago, Google announced that 180 of the 202 neighborhoods in Kansas City, Kansas and Kansas City, Missouri had qualified to receive the company's 1 Gbps Google Fiber Internet service, as well as its cable TV service. While people in those location had to pay $10 to pre-register for the service, the actual signups for the full Google Fiber program finally began on Friday.

In a new post on the Google Fiber blog, the company announced that the "fiberhood" of Hanover Heights in Kansas City, Kansas will be the first location in both cities where Google Fiber will be installed. The first customer will be able to get that super fast Internet access in that neighborhood in the next few weeks. The current construction schedule for Google Fiber has also been posted. People in Kansas City, Missouri will have to wait until sometime in the spring of 2013 to start getting Google Fiber.

The company also announced on Friday that the TV portion of Google Fiber has just signed up a number of new cable TV channels, including the lineup of ESPN sports channels and the number of Turner-owned channels such as CNN, TNT, Cartoon Network and more.

Just a reminder: Google is offering 1 Gbps upload and download speeds in Kansas City for the price of just $70 a month, or a 1 Gbps Internet-cable TV combo for $120 a month that includes a free Google Nexus 7 tablet and a two TB DVR with support for recording up to eight TV channels at once.